By Brad Sam
brad@mckenziebanner.com
© 2020 Tri-County Pub., Inc.
Bethel University alum Mandi Thomas represented her alma mater well on NBC’s The Voice. The Memphis native was among the top 17 competitors on the singing contest before her elimination on May 5.
Thomas enrolled at Bethel in 2004 as an inaugural member of Renaissance. She graduated in December 2008 with a Bachelor of Arts in Applied Music.
She is currently a vocal instructor at Visions Academy of Performing Arts in Cordova and the lead singer of Cruisin Heavy.
Mandi’s journey began with a blind audition at The Voice studio in Los Angeles. She performed “Con Te Partiro,” and was selected by coach Kelly Clarkson.
She then moved to the Battles round on April 6, advancing with a performance of “My Baby Loves Me.”
On April 20, she performed “My Church” in the Knockout round and defeated her opponent.
The remaining 17 contestants performed from their homes on May 4. Thomas performed “I Hope You Dance.” Her elimination was announced on the show the following day.
She took to Facebook Live immediately following the announcement to thank her fans for their support and to let them know that her “wonderful experience” on the show was just the beginning for her. 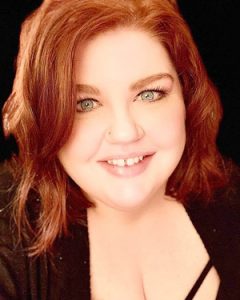