Washburn will be on The Ballot in November

DRESDEN — Dresden Mayor Jeff Washburn announced his decision to run for State House of Representatives in District 76. This district includes Weakley County and parts of Carroll and Obion counties.
“This is a critical time for Northwest Tennessee and I will work tirelessly with local leaders to increase industrial development, ensure we have quality and affordable hospitals, and improve our infrastructure. I am a fiscal conservative who knows how to manage budgets while also helping create progress,” said Washburn.
Washburn was born in McKenzie and graduated from McKenzie High School in 1972. He graduated from Bethel University before receiving his law degree from Nashville School of Law. Washburn is the managing partner of Washburn & Hutcherson Law Firm in Dresden.
Before being elected mayor of Dresden, Washburn served as county attorney for Weakley County from 2007 to 2014. He served as city attorney for the cities of Dresden, Greenfield and Sharon at various times. He also serves as the city judge of McKenzie since 2012 and was a Dresden city alderman before being elected mayor.
Washburn was the co-owner of the McKenzie Banner and Dresden Enterprise from 1982 until he sold his interest in the newspapers late last year. Washburn and his wife, Jennifer own the local Dresden pizza restaurant, Poppi’s Pizzeria.
Washburn has served on the Dresden Planning Commission, the Dresden Industrial Board, the Dresden Park Commission, the Weakley County Emergency Communications District Board, and as an assistant scoutmaster of Dresden Boy Scout Troop 40.
He has also served on the Weakley County Chamber of Commerce Board of Directors and the Executive Board of the Weakley County Economic Development Board. He and his wife are members of Bible Union Baptist Church.
“My experiences as a small business owner, elected official, and community leader allow me to look at the major issues facing us through many lenses, and that will benefit everyone in this district no matter their political party” said Washburn. Paid political announcement, paid by the candidate. 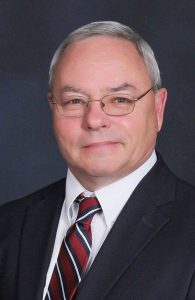