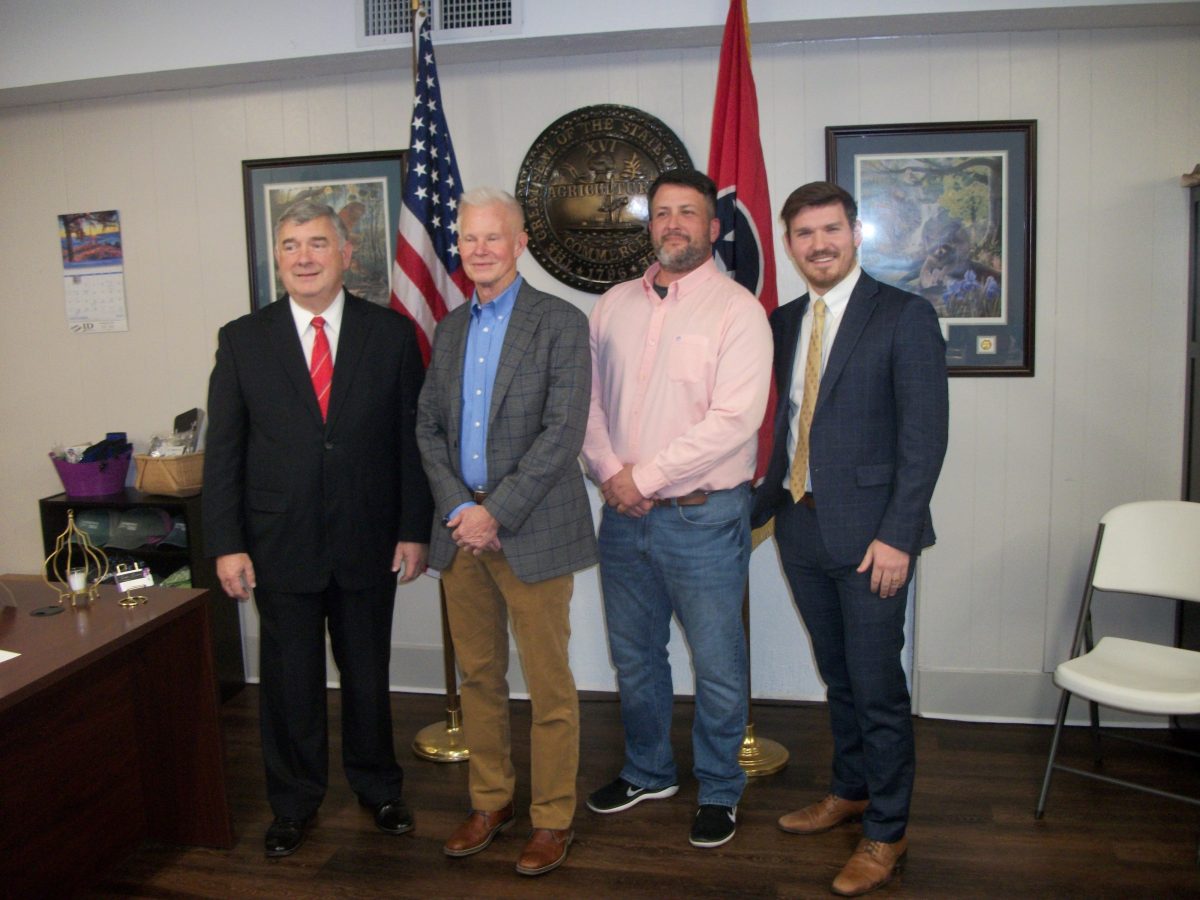 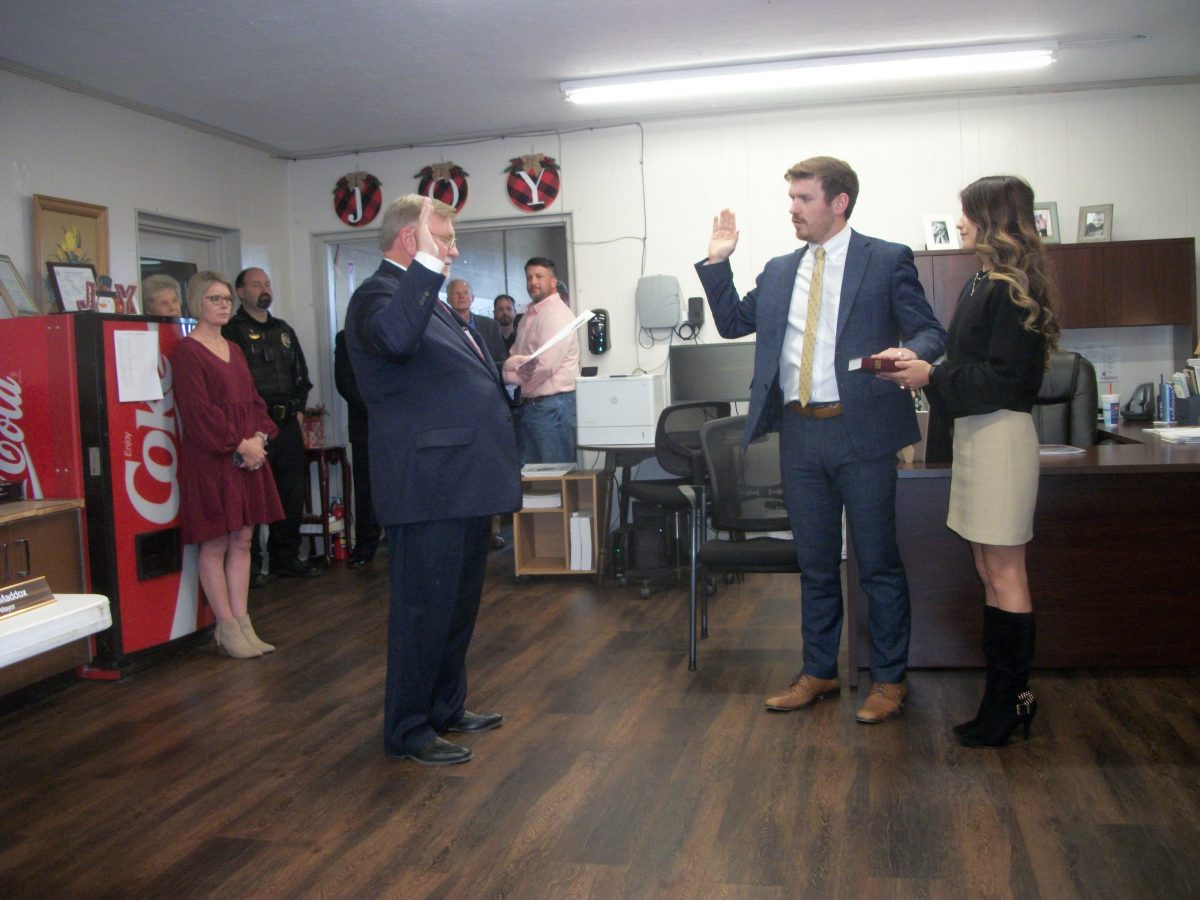 Alderman Dale Hutcherson recites the oath of office with his wife, Samantha, by his side. 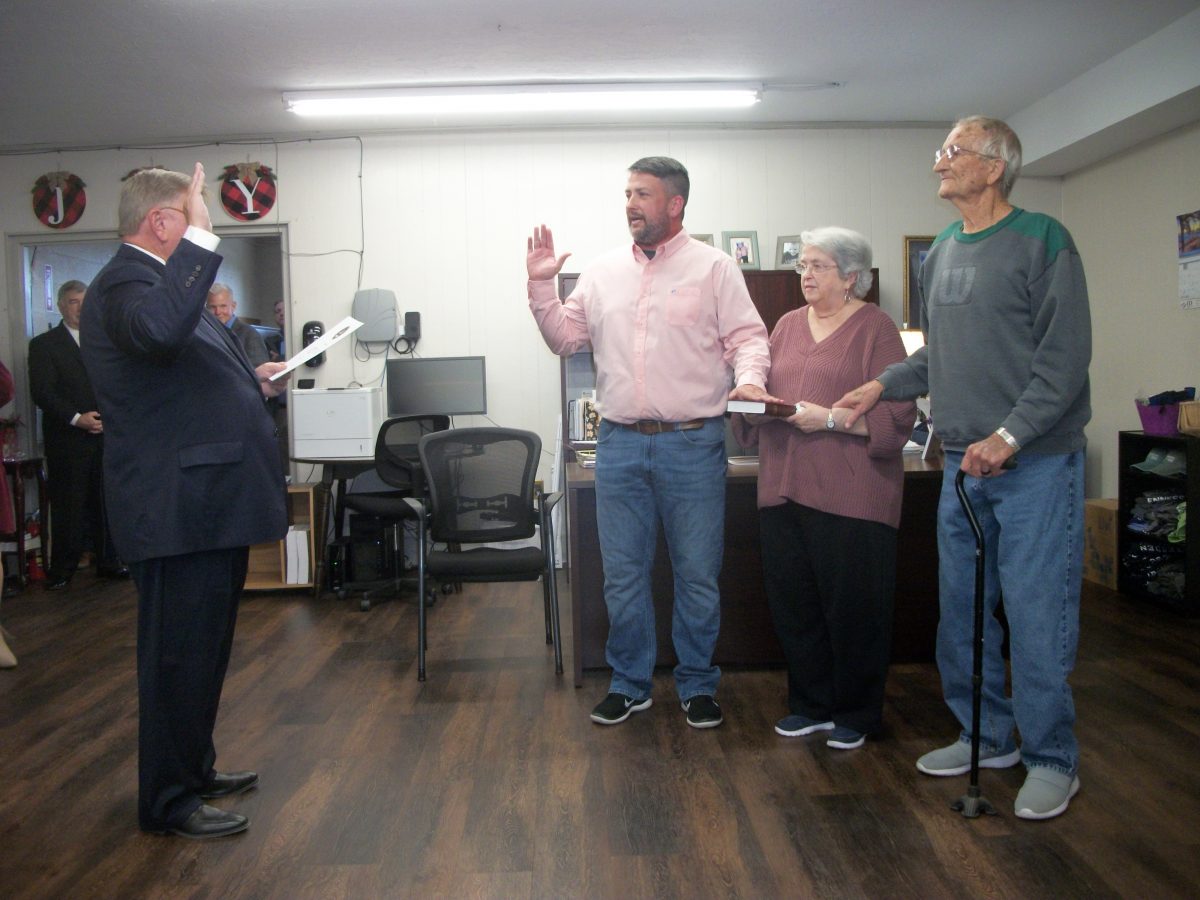 Judge Tommy Moore administers the oath of office to Alderman Curtis Doran, who is pictured with his father and mother – Wesley and Dorothy Doran. 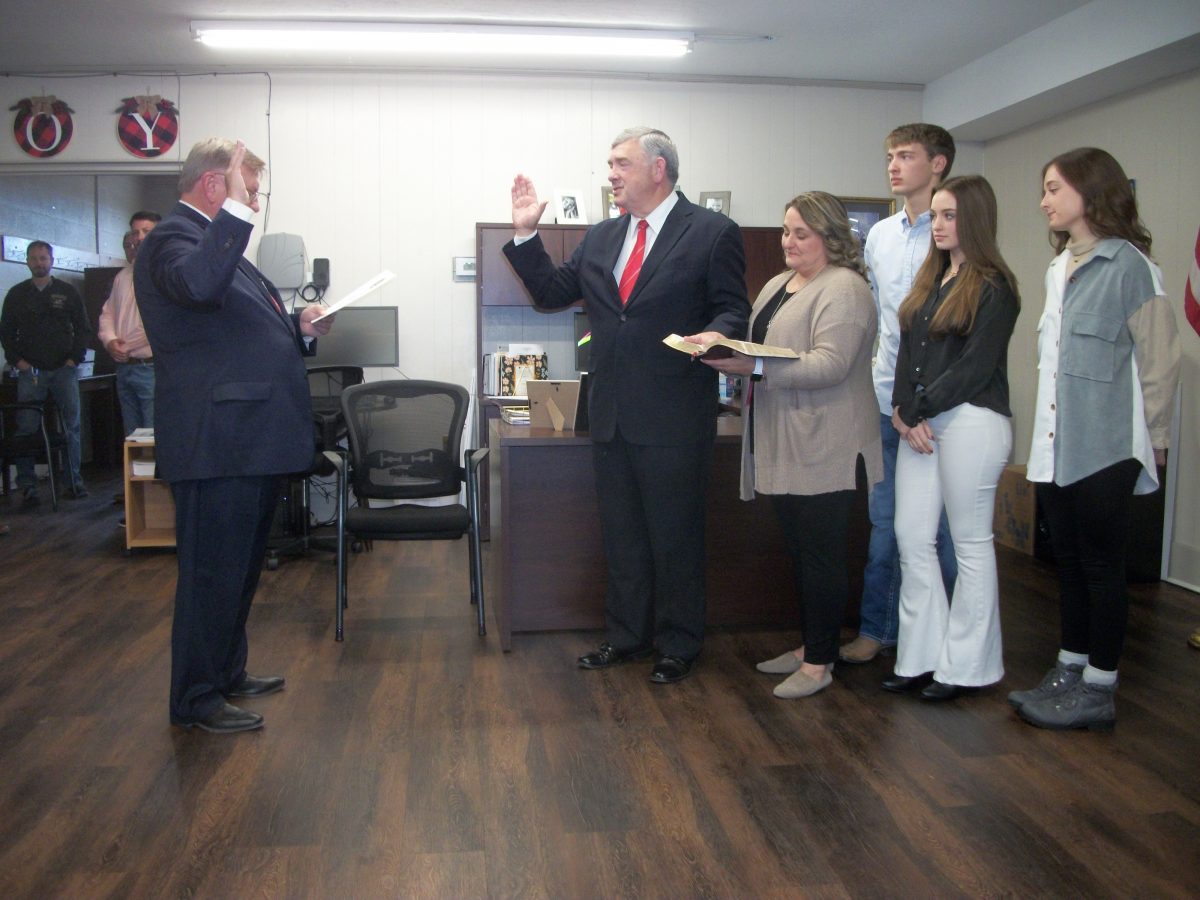 Judge Tommy Moore swears in Mayor Mark Maddox, who is accompanied by his wife, Keri, and their children – Mark Lee II, Meyer Blaine and Molly Shannon. 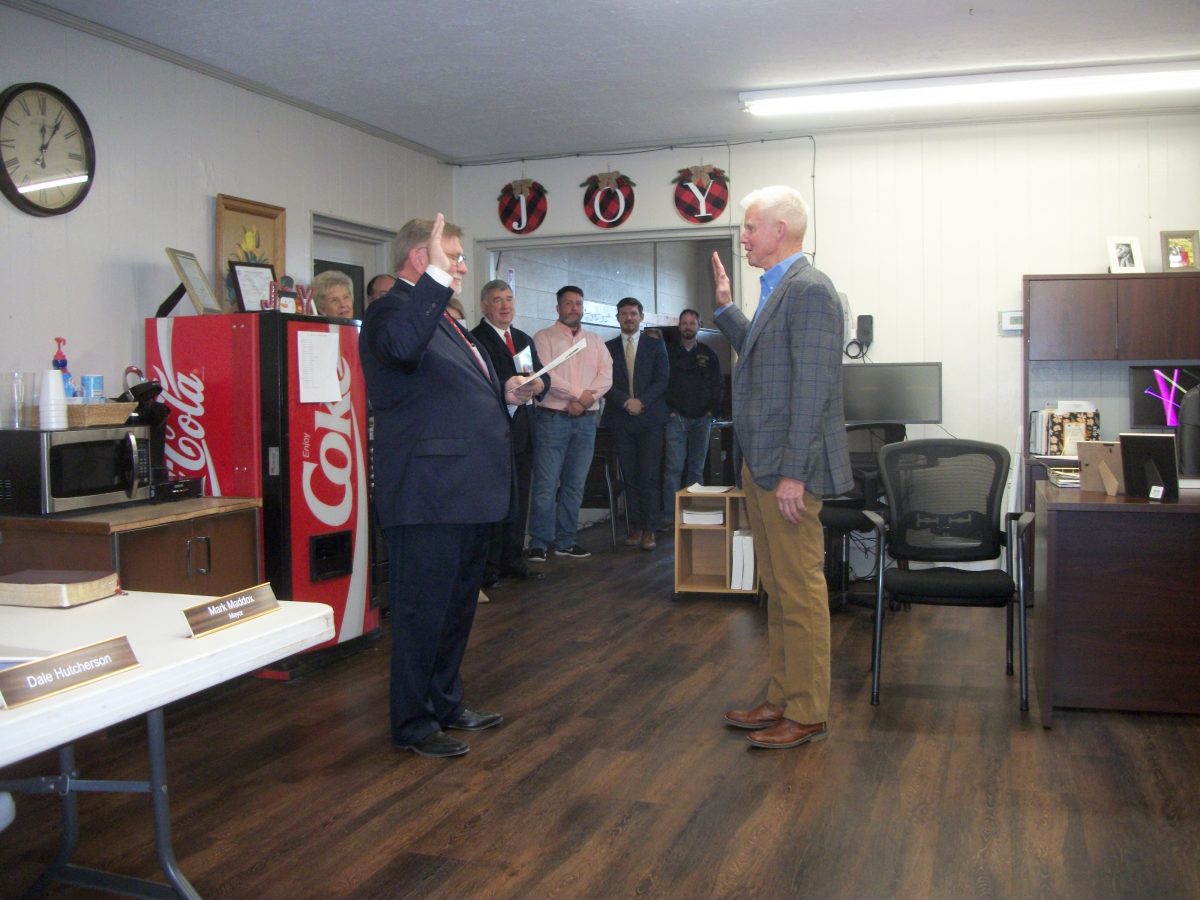 Incumbent Alderman Gwin Anderson is sworn in to another four-year term of office.

City of Dresden board members, elected in the Nov. 8, 2022 municipal election, recited their oaths of office, during a swearing-in ceremony at Dresden City Hall, on Wednesday, Nov. 23, which was administered by General Sessions Judge Tommy Moore, who also serves as Dresden City Judge,

The position of mayor and three of the six alderman seats on the ballot were filled by newly elected board members as follows: Dresden Mayor Mark Maddox; Alderman Gwin Anderson (incumbent); and newcomers – aldermen Curtis Doran and Dale Hutcherson.

The other three aldermen seats, which won’t be on the ballot until Nov. of 2024, remain filled by incumbent aldermen: Willie Parker, Ralph Cobb and Kenneth Moore.

Family members and friends of those elected to the board were present to show their support.

(See complete story in Dec. 1, 2022 edition of the Dresden Enterprise.)