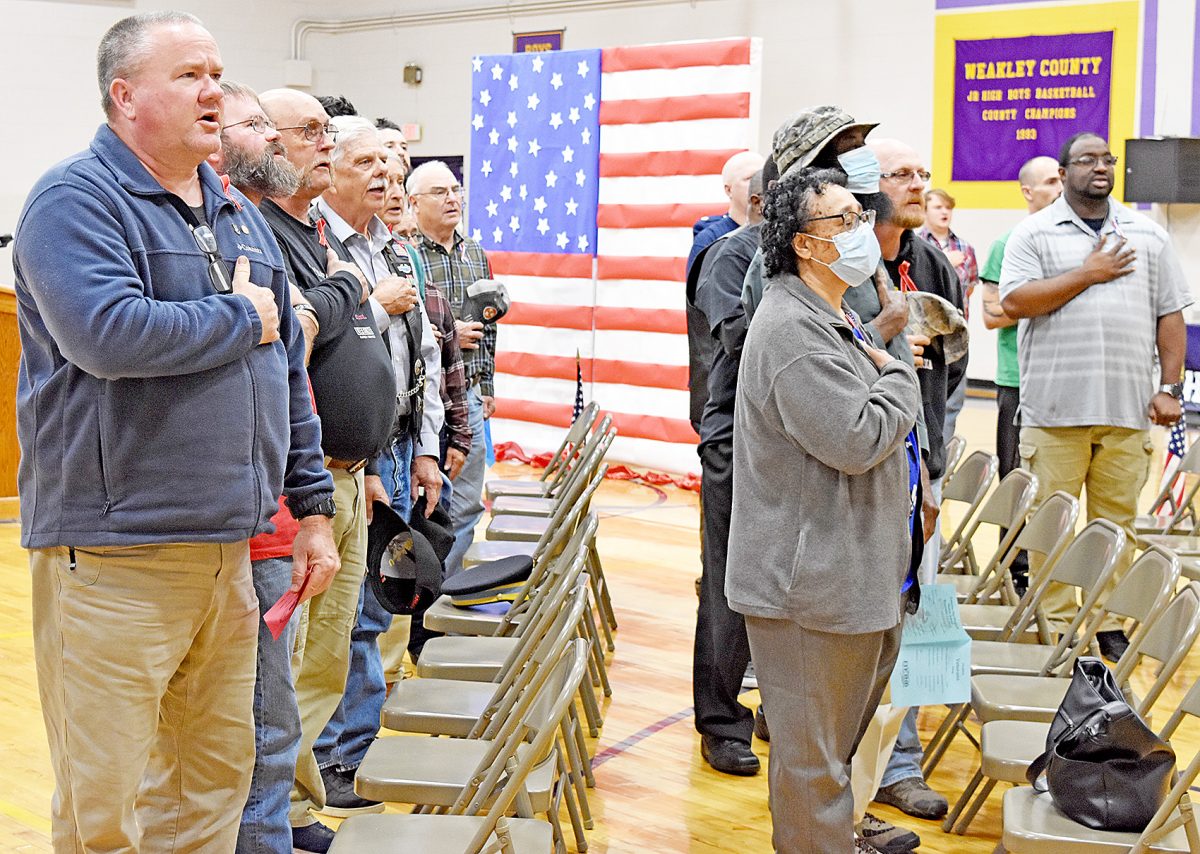 THE PLEDGE — With hands over their hearts, local veterans say the Pledge of Allegiance during a Nov. 11 Veterans Day program in the Sharon School gymnasium. The student-led program featured introductions, readings, and original poem recitations by students, as well as a performance of the Armed Forces Medley by 3rd, 4th, and 5th graders. Retired U.S. Navy veteran Roland Cornelius served as guest speaker, and Westview High School student Justin Warren played Taps on the trumpet. All Photos by Ron Park/Dresden Enterprise

A PARADE OF VETERANS – Hundreds of Dresden Middle and Elementary School students line the sidewalk in front of the school, honoring local veterans and presenting them with gifts as they parade by in their vehicles during a Nov. 11 Veterans Day Parade. 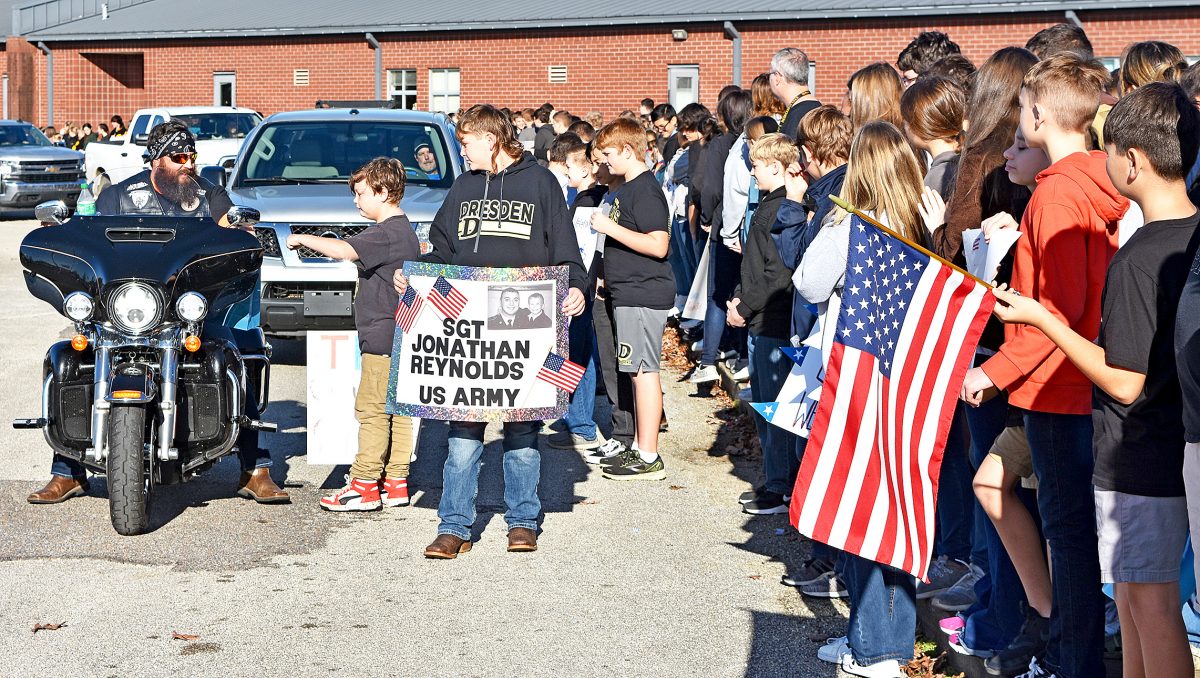 FIST BUMP – Local veteran Sgt. Jonathan Reynolds gets a fist bump from a student as he rides his motorcycle in the Veterans Day Parade Nov. 11 at Dresden Middle and Elementary Schools. 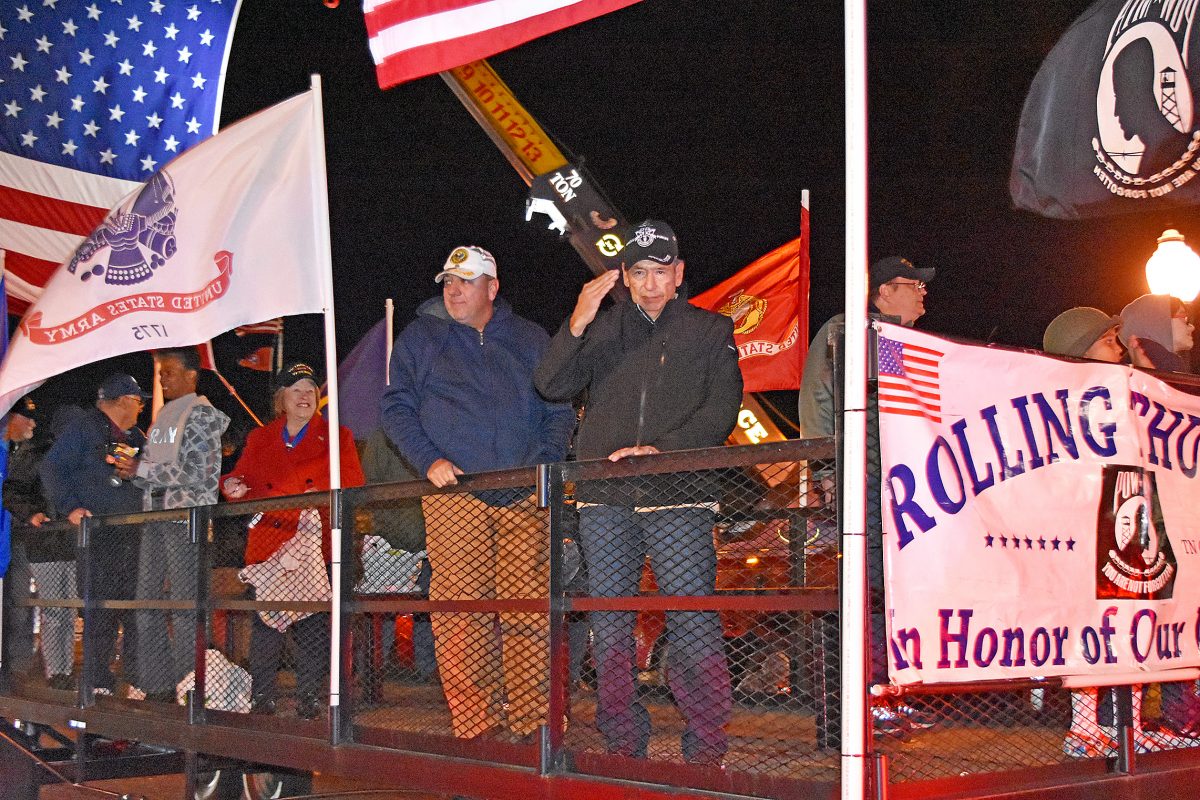 ROLLING THUNDER – Local veterans ride in a place of honor on the Rolling Thunder trailer during the Nov. 11 Veterans Parade in Martin. 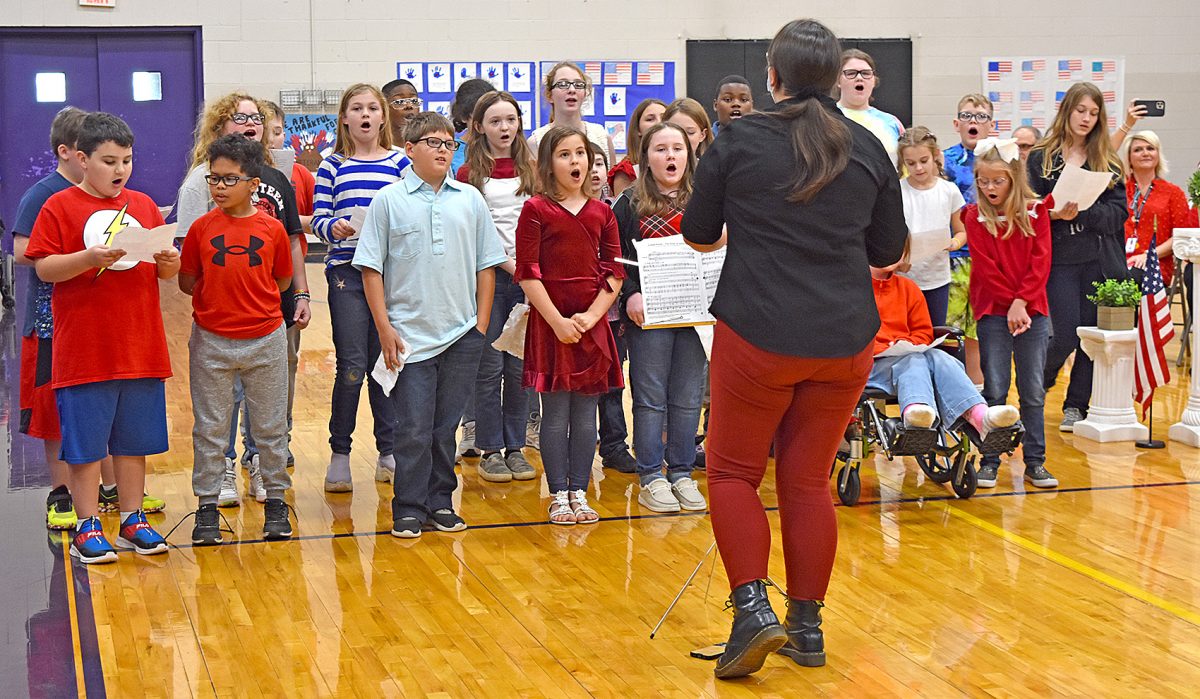 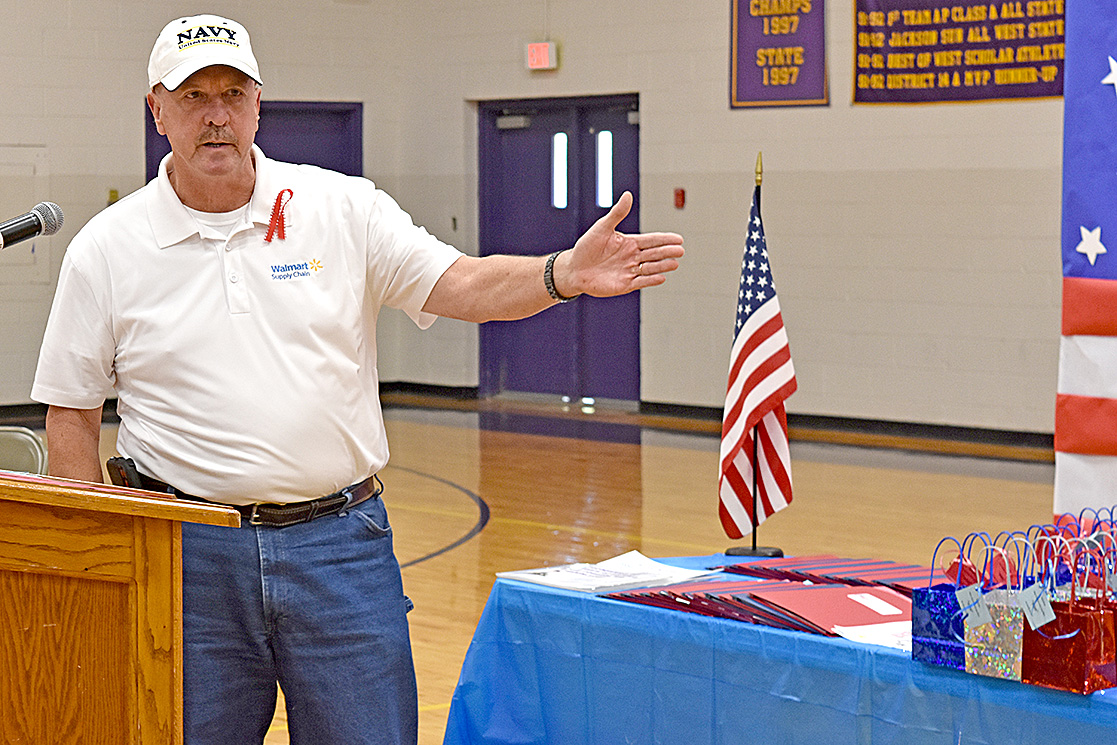 A VETERAN SPEAKS – Roland Cornelius, a retired PN1 First Class Petty Officer and Surface Warfare Specialist with the U.S. Navy, thanks his fellow veterans for their service as guest speaker during a Nov. 11 Veterans Day program at Sharon School. 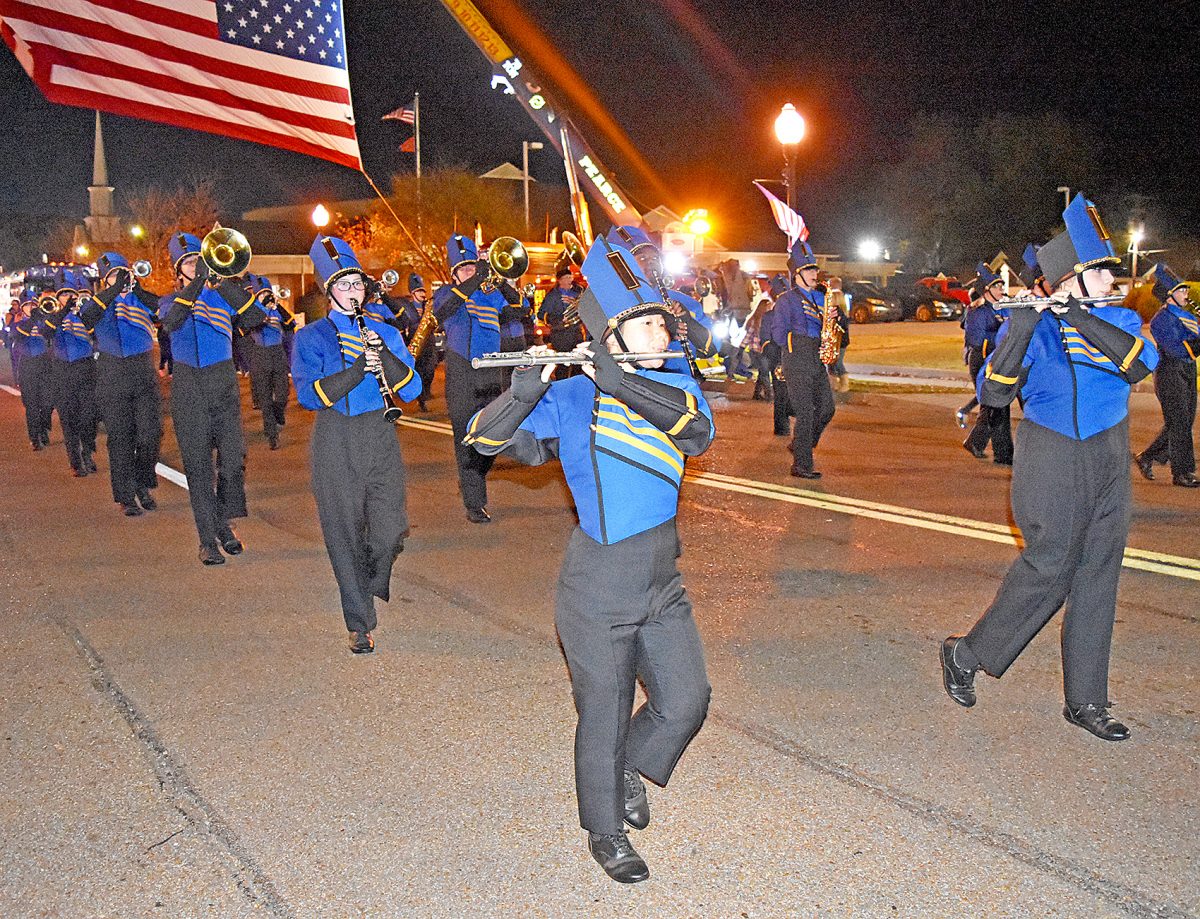 MARCHING FOR VETERANS – The Westview High School Marching Chargers perform during the Veterans Parade in Martin on Nov. 11. 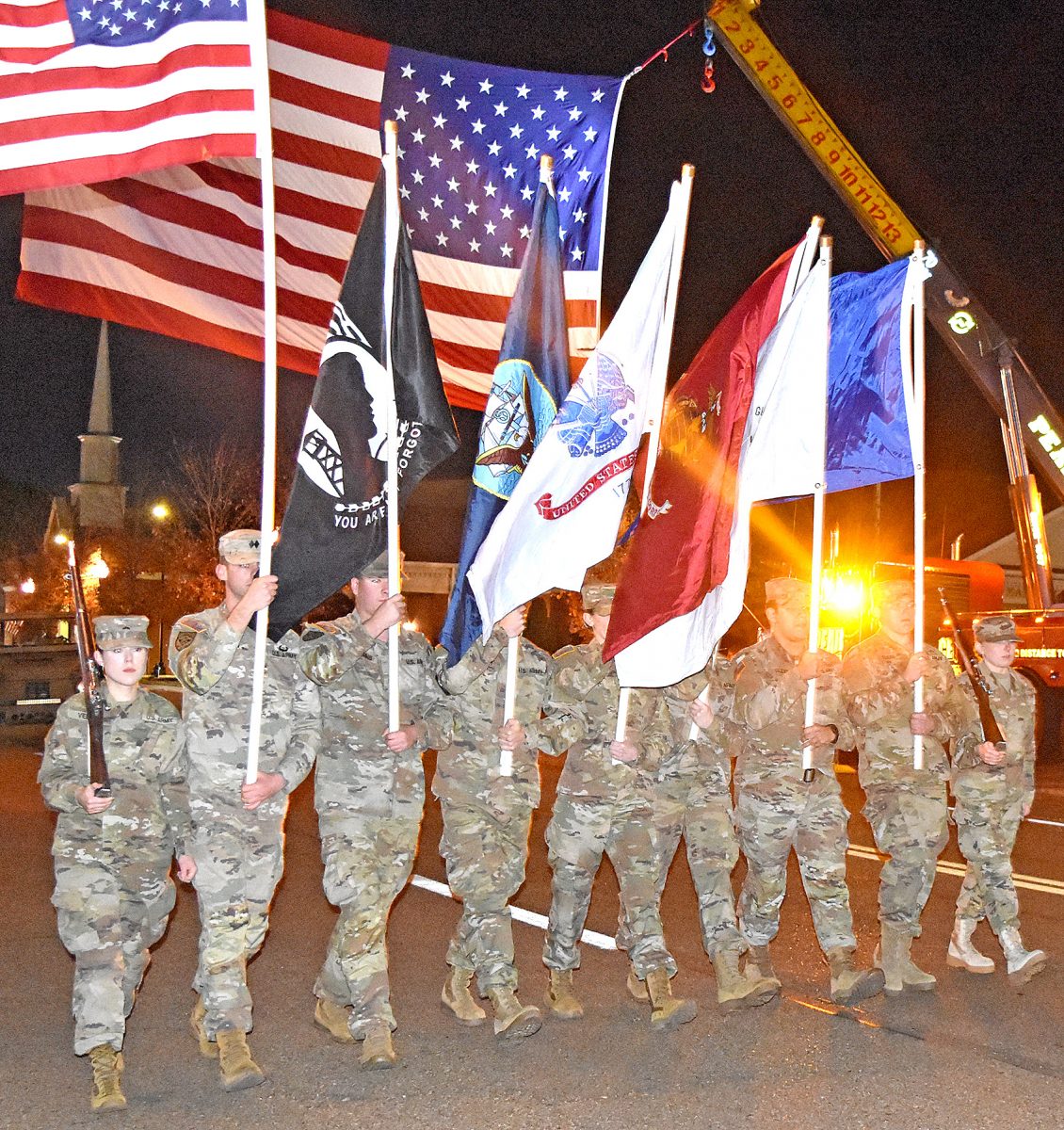 CARRYING THE COLORS – Local servicemen and servicewomen with the Tennessee National Guard carry the colors during the Nov. 11 Veterans Parade in Martin.