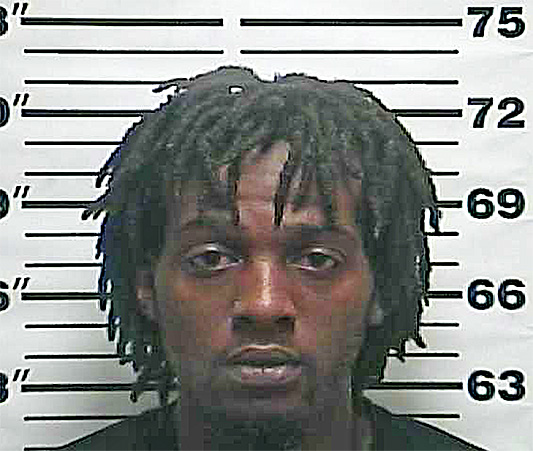 A shooting incident involving a Greenfield police officer firing his weapon at a fleeing suspect in downtown Greenfield remains under investigation.

According to official reports, at approximately 4 p.m. on Monday, Oct. 17, Dallas Tyrone Davis, 26, of Memphis, appeared in Greenfield City Court on a traffic-related charge. The traffic citation stems from an incident on Sep. 19, when Greenfield officers pulled him over for speeding.

At the time of the traffic stop, the officer retrieved a small bag of Schedule VI (marijuana) and discovered a loaded 9mm firearm inside the suspect’s vehicle. The officer released the suspect and told him to appear in Greenfield traffic court on the speeding charge on Monday, Oct. 17. The officer informed Davis he also had an appearance in Weakley County General Sessions Court at 2 p.m. that same Monday for simple possession of Schedule VI.

However, following the traffic stop, police learned the driver was a convicted felon, who had been found guilty of theft of property in Shelby County during 2015. This resulted in a warrant being issued for Davis’ arrest on the charge of unlawful possession of a weapon (by a convicted felon).

When Davis appeared in Greenfield traffic court on Oct. 17 for the traffic violation, officers attempted to detain him on the arrest warrant. Davis broke free of Assistant Chief Danny Smith, causing the officer to fall in the courtroom. The suspect then ran out the door. As Officer Smith got back up and stepped outside, he started shooting at Davis outside of the courtroom.

According to a police report by the Greenfield Police Department, the suspect ran from officers, ignored commands to stop, got into a vehicle, and was driving off-road in the direction of two officers when the shots were fired. Neither the suspect, nor the officer, was injured in the incident.

The original affidavit, prepared by Smith and filed in Weakley County General Sessions Court for the Oct. 17 incident, did not mention Davis attempting to run over officers or any shots fired that day.

Davis has since been taken into custody on the additional charges of resisting stop, halt, frisk; evading arrest; and aggravated assault on a police officer.

Davis told the news media that one of the bullets hit the rear passenger side of his vehicle; and his fiancé, who is pregnant, was in the passenger seat. The suspect said he was scared and drove off, but knew he should not have run.

The suspect turned himself in and was booked into the Weakley County Jail on the new charges and is currently free on $10,000 bond.

Davis has a preliminary hearing set for Nov. 22, and is attempting to retain Attorney Kent Gearin. 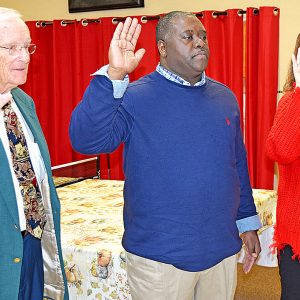