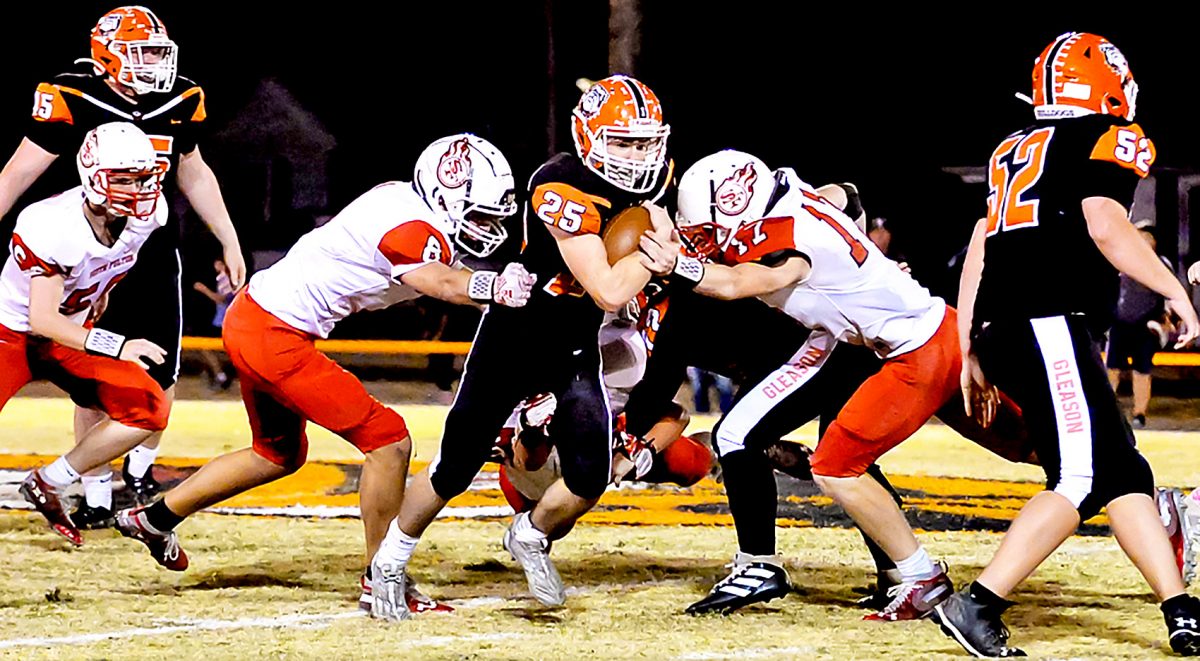 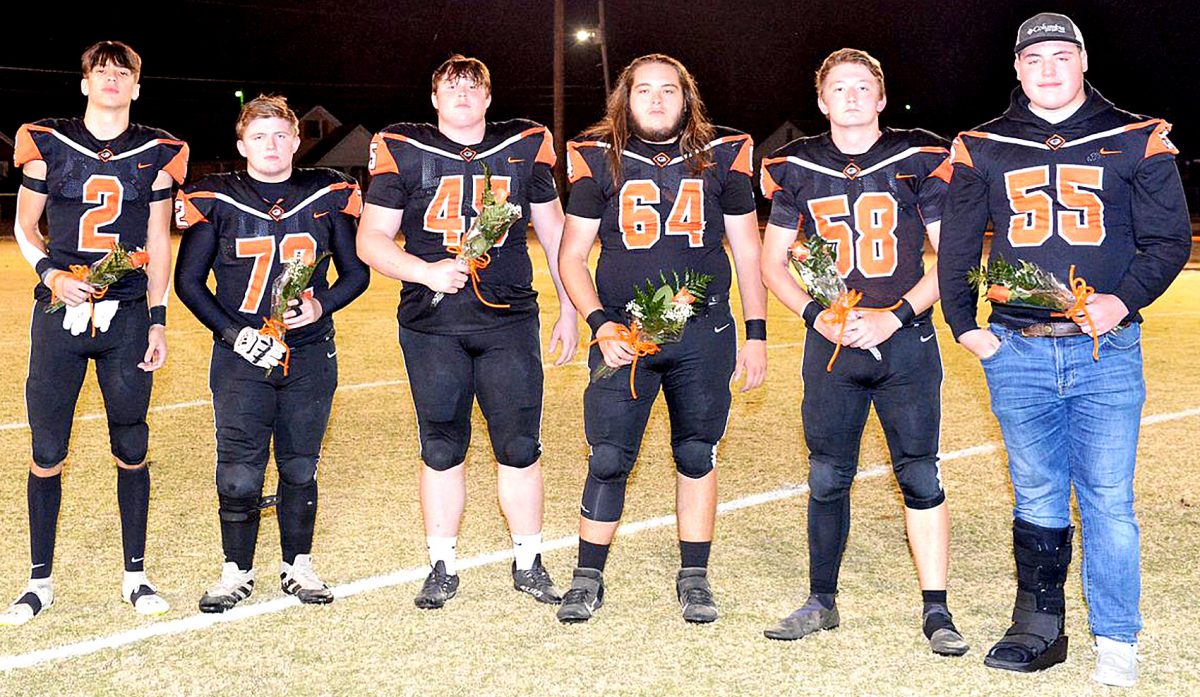 SENIORS – During Gleason’s final game of the season, they honored their senior players for all of their hard work. (From left) #2 Jack Blassingame, #72 Aaron Lawson, #45 Austin Clark, #64 Blake Inman, #58 Layne Fowler, and #55 Jakob Johnson. Photo by Gary Owens.

The victory over the Bulldogs landed South Fulton in the playoffs as the fourth-place finisher in Region 6A. The setback was especially heartbreaking for Gleason, who would have been seeded third with a victory.

As a result, McEwen slips into the third slot from 6A and Gleason was eliminated from further play.

McFarland connected with Connor O’Neal for a 90-yard TD pass.

This was tight battle until the end. Gleason’s Drake Lovell scored from the 5 in the first quarter. South Fulton held a 12-6 advantage for much of the game before tacking on another score late in the contest.

South Fulton improves to 5-4 overall, 3-3 in the region. The Red Devils visit Fayetteville for their first-round playoff game.

Gleason ends its season at 5-5 overall and 3-3 in the region.