To Host KIPP-Memphis in Round One 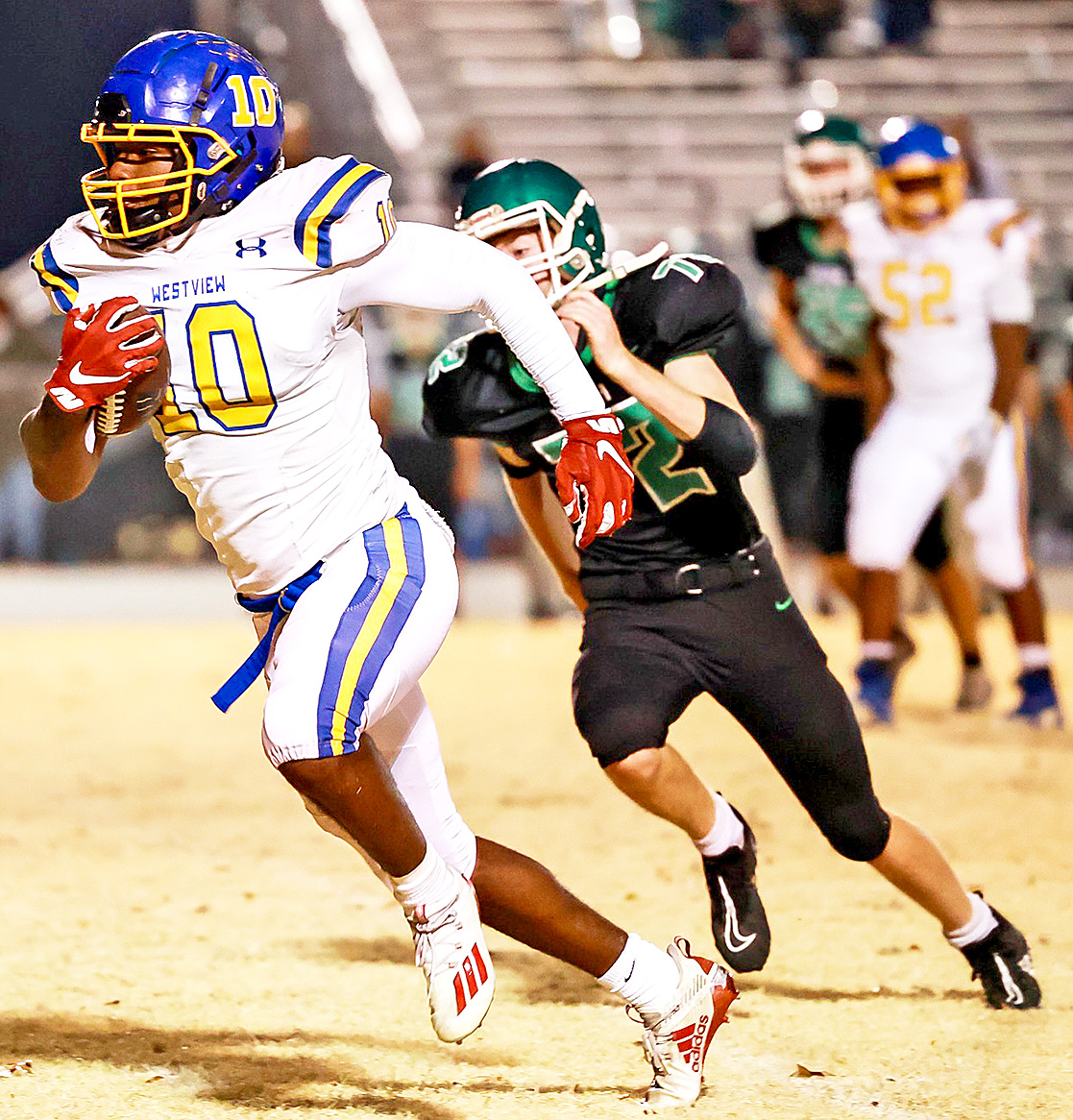 The Westview High School Chargers ended their regular season with an exclamation point Friday night as they blanked visiting Houston County 61-0 in a region matchup.

On top of their region at 8-2 overall and 5-0 in regional play, the Chargers will be hosting KIPP-Memphis Collegiate High School in the first round of the state playoffs this upcoming Friday night, starting at 7 p.m. at UTM. KIPP comes into the game with an even 4-4 regular season record.

Junior Cam Davis set the table when he returned the game’s opening kickoff for a TD.

Also making big offensive contributions were senior Quincy Hamilton, who made three catches for 98 yards and three touchdowns; senior quarterback Craig Ross, who went 3-5 passing for 98 yards and three TDs; freshman Christopher Damron, who intercepted a Houston Co. pass and returned it for a TD; sophomore backup QB Jack Hays Allen, who was 2-2 with one TD; senior Omarion Harris, who caught the scoring pass from Allen; and sophomores Cooper Spaulding and Marshall Fant, who both delivered touchdown carries.