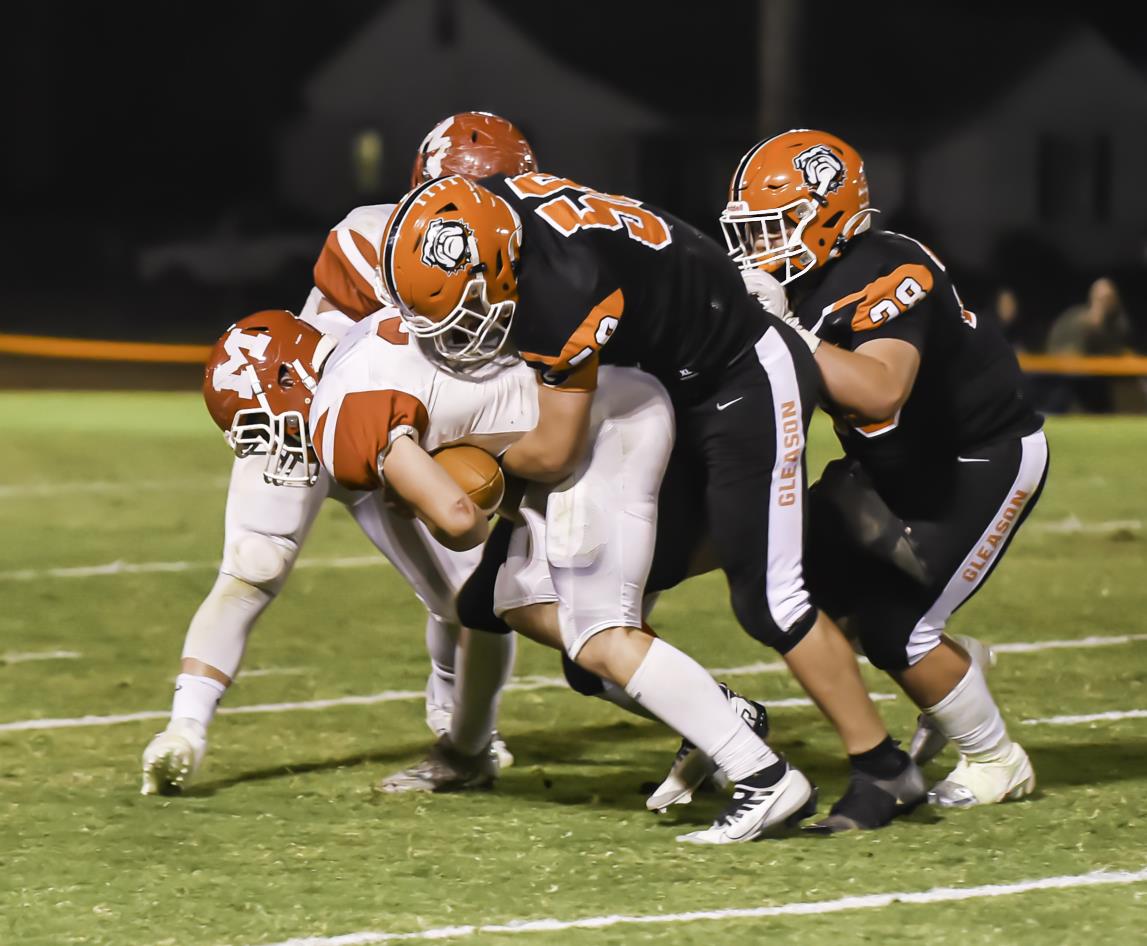 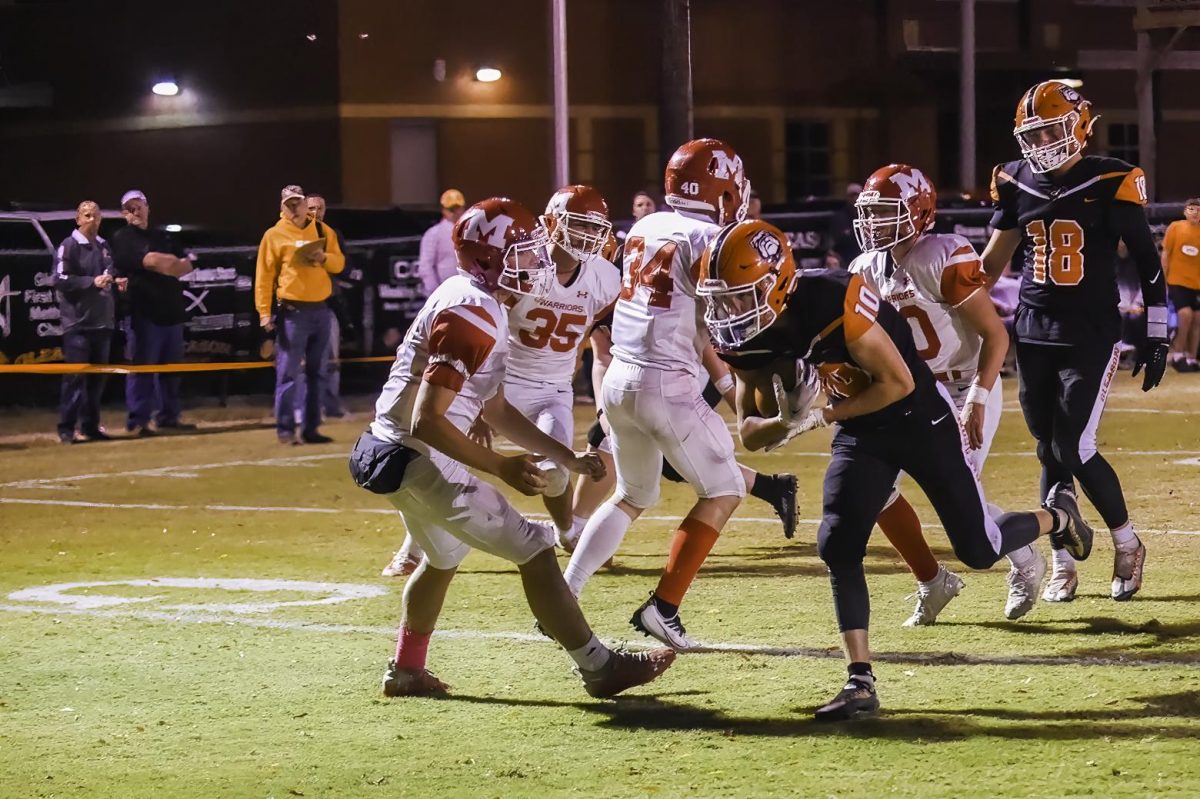 BULLDOG TOUCHDOWN – Gleason’s Garrett Pinkston steps into the end zone for a touchdown during the Bulldogs’ win over McEwen.

But Gleason took advantage of turnovers and McEwen mistakes to score three TDs in the final frame to escape with a 44-36 victory.

The McEwen loss jumbles up the Regon 6A race as the Warriors, Gleason and South Fulton each own a 2-2 record in the region. Gleason, as a result, could finish as high as third in the region, or it could find itself on the outside looking in. Same for South Fulton and McEwen.

McEwen looked as if it was going to storm to a victory after trailing 24-8 at the half. Marcus Carter rambled for 50 yards with 11:51 to play in the third. Tommy Wills added the two-pointer, and McEwen had crept back into the contest, 24-16. A minute later, Wills rocketed 47 yards for another score. The try for two failed, but the Warriors were within two, 24-22.

With 5:31 on the clock, McEwen secured the lead on Carter’s 71-yard TD run. Wills added the deuce and the Warriors moved in front 30-24. McEwen was knocking at the door again when Connor Dreaden bolted toward the end zone. But McEwen recovered his fumble in the end zone for the score. The two-pointer failed, but the Warriors had crafted a 12-point, 36-24 advantage with 2:00 to play in the third. That’s how the quarter ended.

Clark’s 6-yard run converted a huge fourth down, which camped the Bulldogs on the Warrior 5. Clark got the call again and covered the 5 yards for a touchdown at the 2:17 mark. The run failed, but Gleason edged back in front 36-32.

McEwen coughed it up again with 2:12 to play in the fourth, allowing Gleason possession at the Warrior 35. Clark’s two runs netted a first down for Gleason to the Warrior 22 where, on the next play, Clark sprinted for the score with 1:21 to play. The conversion failed but Gleason led 44-36.

McEwen returned the ensuing kickoff to the Gleason 40 and was poised to send the game into overtime. The Bulldogs stiffened and kept the Warriors out of the end zone.

Gleason took an 8-0 lead on the last play of the first when Pinkston canvassed 24 yards and Clark added the two. The Bulldogs jumped in front 16-0 when Crochet broke the plane from the 2. Pinkston converted the PAT. McEwen got on the board with Wills’ 72-yard run with 4:32 to play in the half. Wills added the deuce and the Warriors trailed 16-8.

With 1:23 to play in the second, Crochet hit Lehmkuhls for a 30-yard scoring strike. Pinkston added the two and Gleason led 24-8 at the half.