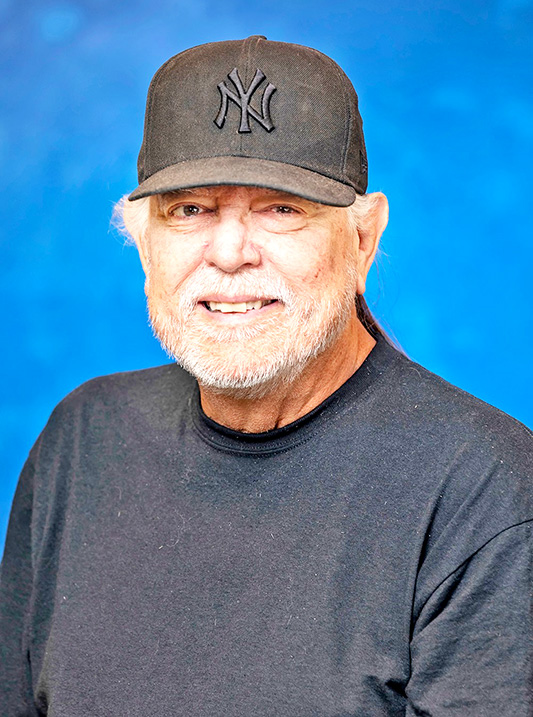 Having been an instructor and technical director of the Vanguard Theatre at UT Martin for 50 years, Tim Barrington has retired. Many from UT Martin gathered last Friday to celebrate his years of dedication to the theater and to the community. Friends, family and colleagues gathered at the William H. Snyder Little Theatre in the Fine Arts Building prior to the performance of Our Town by the department.

Barrington went to UT Martin as an undergraduate and went on to graduate from the then Memphis State (now the University of Memphis) and spent his entire college teaching career at UT Martin. His father was a member of the navy and spent his last tour in Tennessee, which is how Barrington came to be in the area.

“Well, when I was here for my undergraduate, which is actually music, I really enjoyed helping out with the theater,” said Barrington, who told about why he chose to become an educator in theater. “And I did that as a job while I was a music student, and when I got done with my music degree. I decided I wanted to study theater, and I went to Memphis State to study theater.”

He told that he also worked with Student Affairs, which has overseen concerts and events by artists such as Prince, which was the only college show Prince ever did. Billy Joel and several other speakers and performers have come to UT Martin and Barrington has had some part in the planning and execution of 300 plays and shows at UTM.

He will not be gone from the community or the limelight as he is working for the City of Martin to help with performances that are done at the Martin Public Library stage.

The university will begin a search in January for a replacement and hopes to have someone for the position in spring.