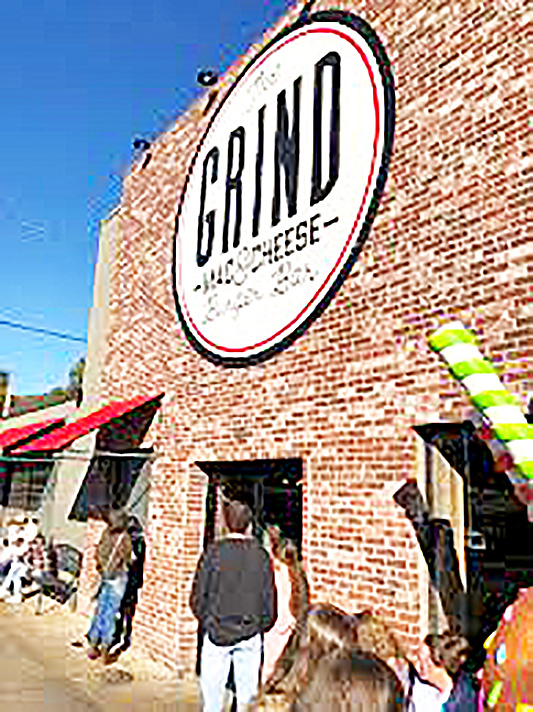 ONE OF AMERICA’S BEST – Martin’s own The Grind Burger Bar will be visited by America’s Best Restaurants on Oct. 10.

Local restaurant The Grind Burger Bar in Martin will be hosting a visit from America’s Best Restaurants in early October.

America’s Best Restaurants, a national media and marketing company focusing on local, independently-owned restaurants, will bring its ABR Roadshow to the restaurant on October 10th.

Popular dishes will be highlighted, along with an extensive on-camera interview with co-owner Mark Laderman about the restaurant’s special place in the community. The episode will be aired extensively on social media channels at a later date.

Laderman opened The Grind with his wife and son after having opened several other restaurants in the area. He and his wife had grown tired of working for other people in the food industry, and they had a dream of opening their own place. Son Alan creates most of the showpiece menu items.

The food at The Grind is over the top, says Laderman, noting that the restaurant was a “straight up home run” from the day it opened. He says people drive for hours to try the burgers, mac and cheese and epic, foot-tall milkshakes.

“We taught people our restaurant is an experience,” Laderman says. “It’s not about the milkshake. . . we teach our team that the restaurant is akin to Walt Disney World. You’re there to be entertained in an immersive experience that covers a lot of things, from a singing waitress to milkshakes that have sparklers in them, to interactive food and interactive skits.”

Laderman is looking forward to the visit from America’s Best Restaurants.

“We won’t be lacking in enthusiasm,” he states.

Open seven days a week, The Grind is located at 112 Lovelace Avenue. Call them at (731) 587-6912 or visit them online at www.thegrindburgerbar.com.

America’s Best Restaurants, a national media and restaurant marketing company based in Florence, KY, travels the country telling the stories and highlighting the unique food of locally owned independent restaurants as part of their ABR Roadshow. For more information visit ABR’s website at www.americasbestrestaurants.com.