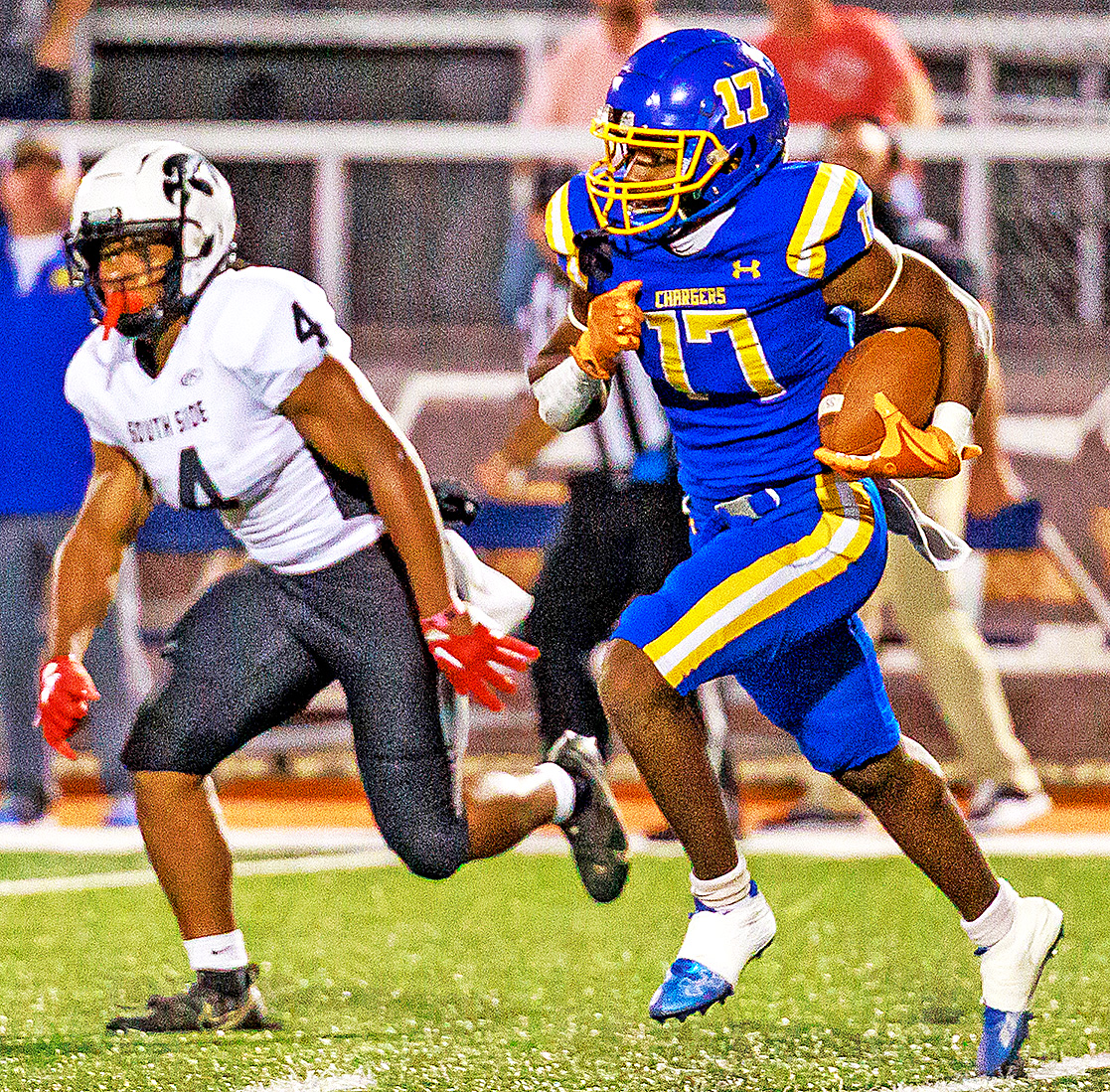 LEGGING IT – Westview’s Quincy Hamilton legs it for big yardage during the Chargers’ win over South Side.

The Westview High School Chargers secured their second shutout of the season this past Friday night with a 21-0 homefield win over Jackson South Side.

Harris and Smith also each served up one quarterback sack.

“Our defense played great all night,” said Westview head coach Jarod Neal. “The offense played okay and made a play when we needed it to.”

Now 4-2 overall and 2-0 in region play, the Chargers will be hosting the undefeated Union City Golden Tornadoes in an important region battle this upcoming Friday night, starting at 7 p.m.

“That is going to be a tough matchup,” said Neal. “We will have to play very well.”