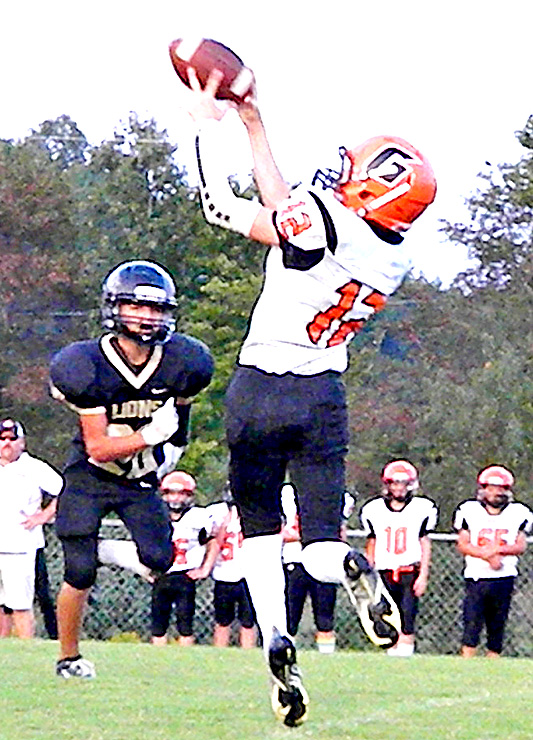 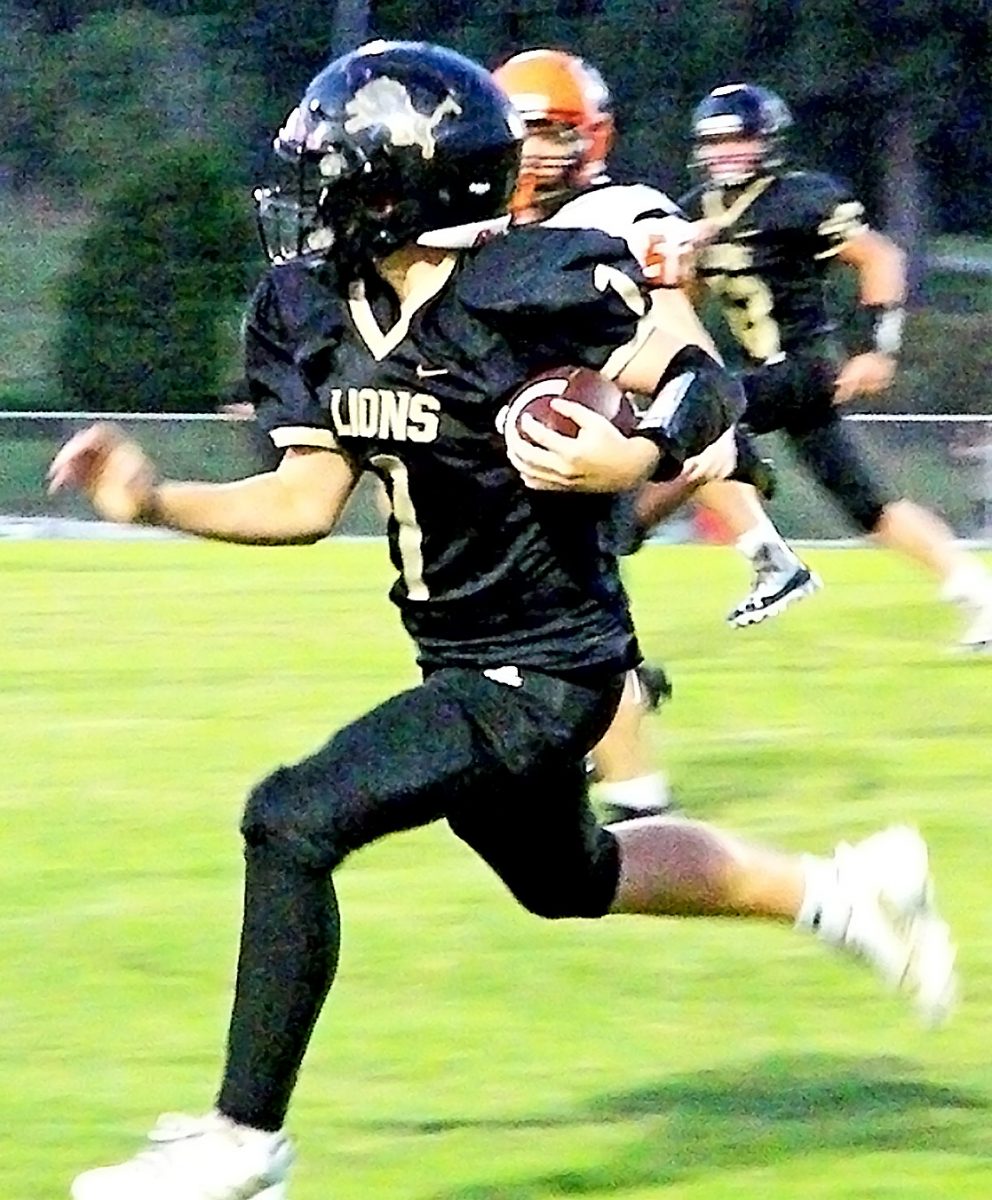 FIRST DOWN – Dresden’s Bruce Willis runs for the first down.

The Yellowjackets were able to secure two touchdowns in the game with quarterback Knox Liggett throwing a touchdown pass. Levi Irby also ran a touchdown, which gave Greenfield 14 points.

However, the Lions offense was able to break through the Jacket defense with five touchdowns for 36 points.

Quarterback Bruce Willis for Dresden led in rushing yards for a total of 215 with four touchdowns. Tanner Lamb caught an interception pass made by Greenfield. The Lion’s defense was strong as well with Igy Becerra making 10 tackles and Aiden Carrington, returning from an injury, making 8.

Dresden was able to take the win with a final score of 36-14. From this win, Dresden is now locked to play in the Reelfoot Conference Championship on October 6. Also, Dresden currently stands at 3-0 in the conference. If they are able to win one of the next two games against Gleason or South Fulton, they will become the regular season title winners.

Head Coach Hal Blackman for Greenfield stated that their quarterback played very well in this game.

“I am so proud of my kids and coaching staff for everything so far,” Dresden’s Head Coach Richard Ritz said. “But we are a long way away from our goal we set in the spring. They have worked hard to get this opportunity and I am excited to see how they respond in the next few weeks.”