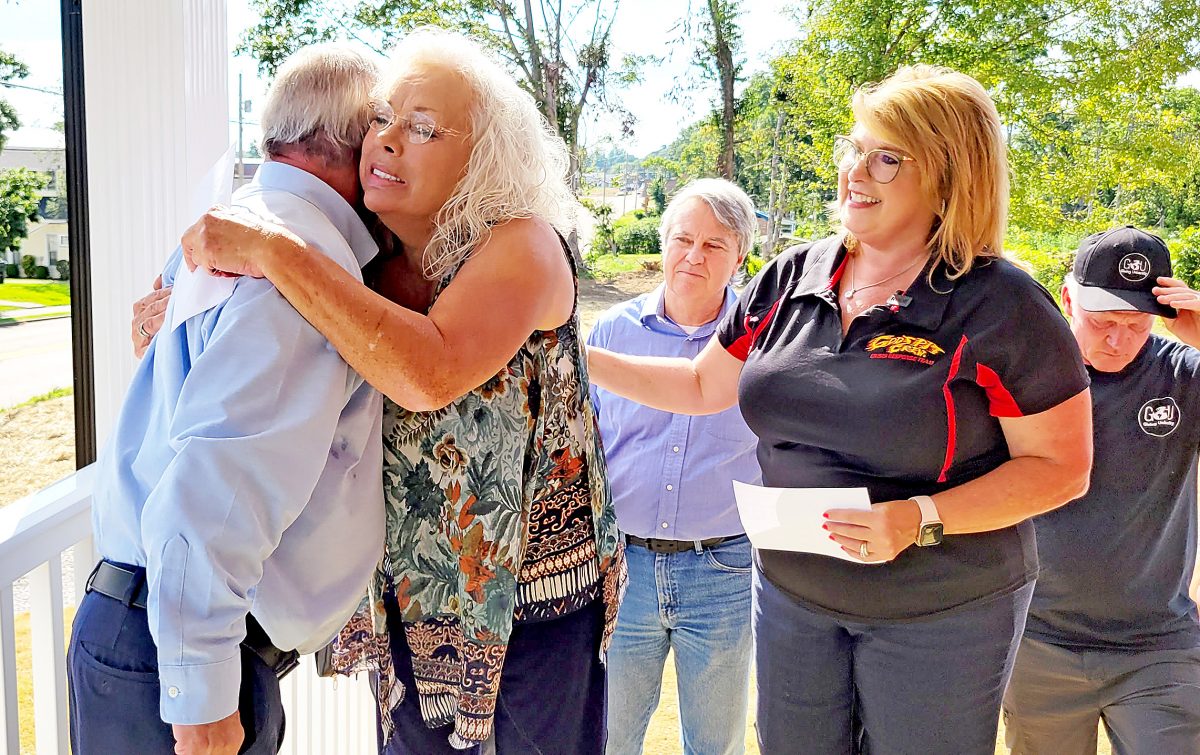 Dresden Mayor Jeff Washburn presented Cathy Gallimore with a certificate of proof that her new home is safe for occupancy.

This new home was built by God’s Pit Crew and is located at the corner of Main and Cedar Street. 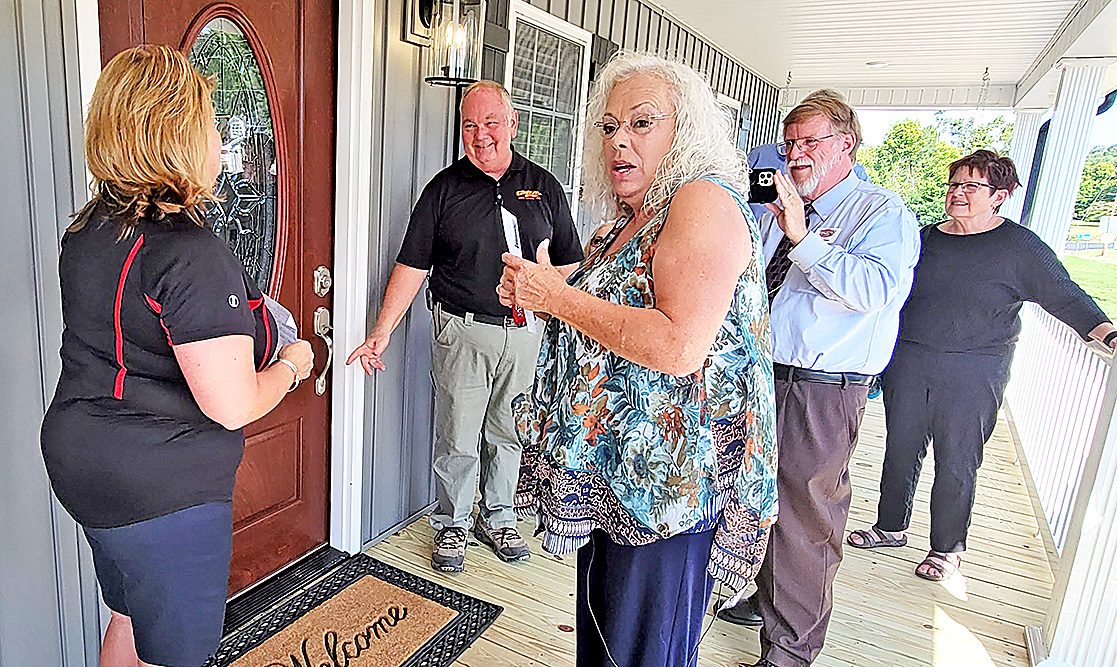 Cathy Gallimore requested her home be blessed before viewing the inside. 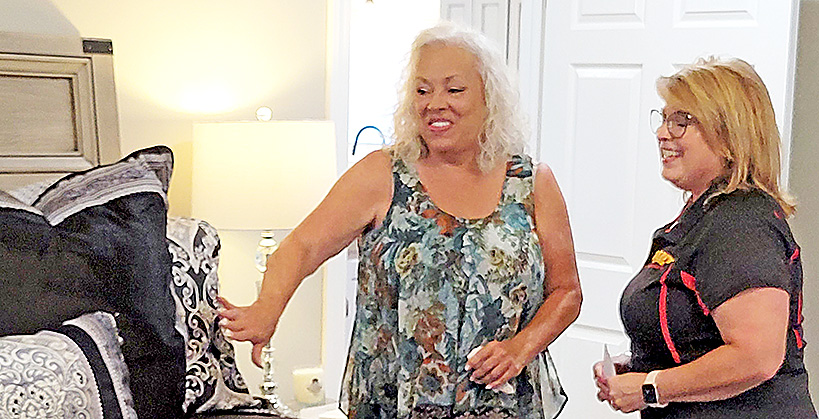 A new bedroom was built just for Cathy to show her personality and ensure that she feels at home. 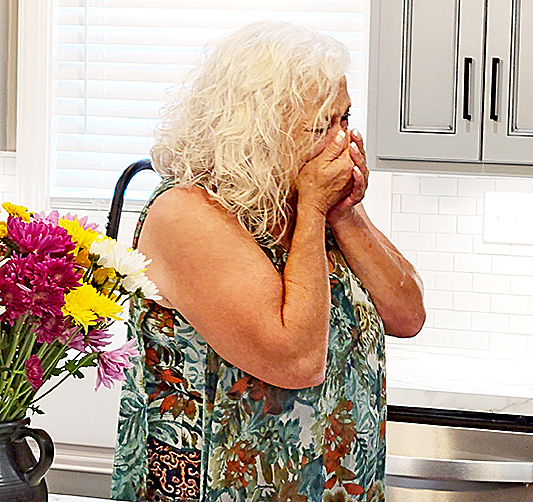 Cathy Gallimore was overwhelmed by her new home and the generosity of others.

When the tornado hit Dresden on December 10, 2021, many people became unable to stay at their own properties due to damage. Cathy Gallimore was one of those people. Her house was damaged beyond repair and without home insurance, leaving her with few options for rebuilding.

That was where God’s Pit Crew stepped in. In just three weeks, these volunteers worked day and night building a new home for Cathy at the corner of Main and Cedar Street in Dresden. This new home was built with accommodations needed for Cathy and her family to live in, leaving verses from the Bible on many walls as a way of blessing the house.

On Wednesday, August 24, Cathy was blindfolded and brought to her new home. She had not seen the house being built at any stage and was shocked to see what God’s Pit Crew had built.

She now is the owner of a three bedroom, one bath home with flowers around the house and a large living room connecting to the kitchen. The front door from her previous home was even used, replacing the broken stained glass the tornado broke through with a peacock, an animal Cathy loves.

Cathy was chosen when her story was shared to many people in the area who reached out to God’s Pit Crew, and after she was interviewed, they chose her. Some supplies were bought locally from hardware stores and lumber supplies.

Cathy was presented with a key to her house from Chief Operating Officer Brandon Nuckles, and Dresden Mayor Jeff Washburn presented Cathy with a certificate to prove the house had passed every inspection and was ready to be lived in.

“It is a great day for Dresden,” Mayor Washburn stated.

“It’s been incredible to be here in this community,” Knuckles commented. “People that drive by, some of them couldn’t help or whatever it could be, but we have had people bring us ice cream, donations of whatever they had in their pocket. Just to see the restoration of Dresden has been a really good thing for us to see.”

God’s Pit Crew has also been working on homes in Kentucky for those also affected by the December 10 tornado.

This faith based non-profit can be found at godspitcrew.org where more information about how to make donations and how to get involved can be found. They are also on Facebook, Instagram and Twitter for people to stay up to date on their efforts to help others across the country and world.

In May of 1999, Randy and Terri Johnson were moved to action when they watched the horrifying reports of the devastation caused by the largest tornado in recorded history in Oklahoma City, Oklahoma. Wanting to help, but living halfway across the country in Virginia, they borrowed trucks and trailers to deliver three loads of supplies to those whose needs far outmatched their own. Little did they know when they began their journey that it was that trip to Oklahoma that would change the trajectory of their lives. In bringing hope to people in desperate need, they found their calling. Soon after, the non-profit crisis response organization known as God’s Pit Crew was born.