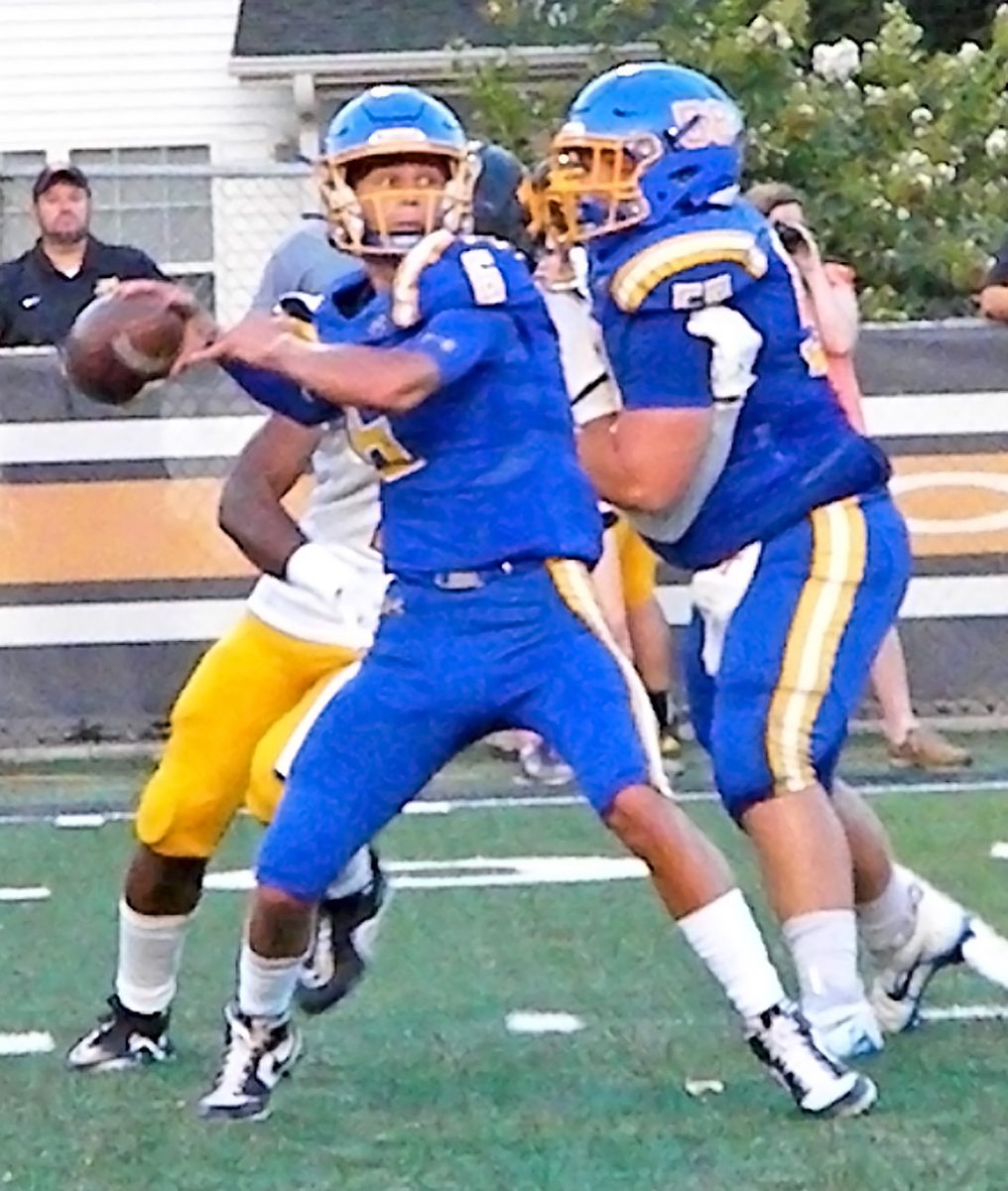 LOOKING FOR IT – Westview quarterback Craig Ross looks for an opening before throwing.

BIG GAIN – The Chargers may not have won against the Peabody Golden Tide, but it was a great night for Quincy Hamilton, making a long carry and totalling 102 yards throughout Friday night’s game.

Coming off the loss of the season opener against Dresden, the Westview Chargers wanted a win Friday night, but the Golden Tide at Peabody was too much for the Chargers as they fell 26-13.

Peabody began the game with receiving the ball and took much of the first quarter before they were able to secure a touchdown. The Chargers could not make any forward movement and were forced to immediately punt the ball to Peabody. But the Golden Tide fumbled, which was picked up by Westeview’s Craig Ross, and Quincy Hamilton did much of the work, carrying for a Chargers touchdown. With the extra point, the game was 7-6.

Hamilton was at work again, intersecting a Peabody pass and giving the Chargers the possession at the end of the first.

However, it was not the first or last interception, as a Westview pass was intercepted in the endzone, giving the ball back to Peabody.

Neither team was making much headway in this game, and a strong defense on both sides hindered making first downs and resulted in numerous turnovers. But Peabody was able to break through to take the game, though with much resistance from the Westview’s defense.

Hayden Smith led in tackles for the defense with 16 and 3 solo. Quincy Hamilton had five tackles but caught one interception, caused one forced fumble, and broke up two passes. It was also a good night for Nolan Pritchett, who had 12 tackles with 4 solo, one sack, one tackle for a loss, and one quarterback hurry.

The Chargers will look to turn this season around as they will travel to Gibson County for their first region game. Kickoff is at 7 p.m.