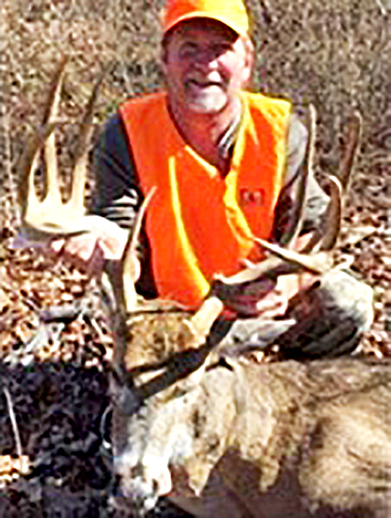 Brian Parham, formerly of Dresden, entered into rest on July 11, 2022 in Springfield, MO.

Brian was born on February 8th, 1968 in Union City, TN to Donald and Connie Parham and his big brother Jackie.

He attended school in Dresden and graduated in the class of 1986. He has lived in Summersville, MO for the past 27 years.

Brian loved most everything outdoors including deer and turkey hunting, fishing, and four wheelers.

He could be found with his dog, Molly, and helping friends with whatever they had going on. The only thing Brian loved more than hunting was being a dad to his son, Crockett. Anytime he could spend time with Crockett was his definition of a “perfect day.”

Brian was preceded in death by his father, Donald Parham, and his grandparents, Robert and Sue McAlpin and Ruby and Arlin (Red) Parham. Brian’s uncles are Mike Parham and the late Jerry Parham.

Left to mourn Brian’s passing are his beloved son, Crockett of Summersville, Missouri, his mother, Connie Parham, and his brother, Jackie Parham, and his aunts Patsy McCollum, Linda McAlpin, and Frances Parker. Also mourning his loss are his niece Montana and his great-nephew Chandler of Omaha, Nebraska along with his nephew Matthew from West Virginia.