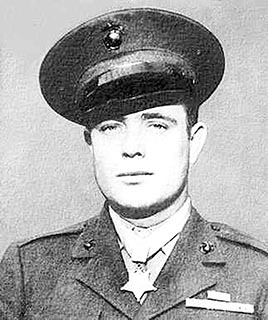 Rolling Thunder Tennessee VI will sponsor a “You Are Not Forgotten” ride on Saturday, August 13, to honor World War II veterans and veterans of all wars. The last count, as of November 2021, shows there are only 240,300 WWII veterans still alive, with 245 dying each day.

In 1942 Williams was drawn to the United States Marine Corps by their dress blue uniforms. He disliked the Army’s brown wool uniform, which he considered ‘the ugliest thing in town.’  When Williams tried to enlist, he was told he was too short for service, standing at 5’6” and weighed about 135 pounds.  After the height regulations were changed in early 1943, he successfully enlisted in the United States Marine Corps Reserve in Charleston, West Virginia, on May 26, 1946. From there, he transferred to San Diego, California, where he joined a tank training battalion and was trained as a demolition man in the use of flamethrowers.

Leaving San Diego, Williams served several different assignments in the Pacific. In July and August 1944, he was attached to Headquarters Company and participated in action against the Japanese during the Battle of Guam and in October was restationed to Company C.

His next and final campaign was at the Battle of Iwo Jima, where he distinguished himself with actions “above and beyond the call of duty,” for which he would be awarded the Medal of Honor. On February 21, 1945, he landed on the beach with the 1st Battalion, 21st Marines. Williams, by then a corporal, distinguished himself two days later when American tanks, trying to open a lane for infantry, encountered a network of reinforced concrete pillboxes.

Pinned down by machine gun fire, his company commander asked one of his men to attach a high explosive charge to a pole and, supported by Williams, his flamethrower and several Marine riflemen, shoved the improvised weapon into an opening in the enemy’s pillbox. As they fought their way to the pillbox, all of the men, except Williams, became casualties. Undeterred, Williams arrived at the first pillbox, shoved the flamethrower nozzle into the pillbox opening and fired the weapon, killing all of the soldiers inside. He then returned five times to his company area, refueled his weapon, moved forward to destroy the remaining pillboxes.

Covered only by four riflemen, he fought for four hours under terrific enemy small arms fire and repeatedly returned to his own lines to prepare demolition charges and obtain serviced flame throwers.  He returned to the front, frequently to the rear of hostile emplacements, to wipe out one position after another. At one point, a wisp of smoke alerted him to the air vent of a Japanese bunker, and he approached close enough to put the nozzle of his flamethrower through the hole, killing the occupants.  On another occasion, he was charged by enemy riflemen who attempted to stop him with bayonets, and he killed them with a burst of flames from his weapon. Williams said that much of the action “is just a blank. I have no memory”.

“Williams exemplified the warfighting spirit of all Marines — a combat-proven leader whose lifelong dedication to all service members and Gold Star families began with his heroic actions at the Battle of Iwo Jima,” the Marines said in a statement. “His legacy as a warrior and an advocate for veterans will live on among all Marines, and he will be deeply missed.”

The above information about Williams’ service was referenced from Wikipedia.

“Let all our service men and women know, ‘You Are Not Forgotten,’” RT VI members noted.

Staging starts at 1 p.m. in the Virginia Weldon Park in Martin, with the event ride to start at 2 p.m. Any vehicle (car truck, motorcycle, etc.) that can travel at least 45-50 miles per hour is encouraged to participate. For more information, contact David Hawks, President of Rolling Thunder Tennessee VI, at 731-225-0892.