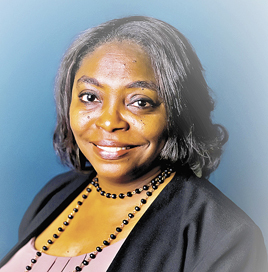 DRESDEN (July 1) – The governing body of a local organization assisting community members with energy bills, affordable food and head start made history last week when it announced the first African-American female would be leading the program.

Oglesby-Townes has served as a 30-year employee of Northwest Tennessee Economic Development Council and previously served in various roles with the Agency, most recently as Human Resource Administrator.

Oglesby-Townes is a 1988 graduate of McKenzie High School and received her bachelor’s degree in Management and Organizational Development from Bethel University. She also received her certification from SEACAA (Southeastern Association of Community Action Agencies) as a Certified Community Action Manager in August 2002. She is a former Head Start parent and Early Head Start and Head Start grandparent.

Oglesby-Townes resides in McKenzie. She is married to Jessie Townes, Sr., who serves as Vice Mayor for the City of McKenzie, and is mother to Breonna Oglesby. She has two bonus children: Jessie, Jr. and Samantha, and five grandchildren.

Oglesby-Townes’ appointment to the position of Executive Director is a very historical moment for the Agency as she is the second female appointed to serve in this position and the first African-American female to serve in the position. For more information regarding Northwest TN Economic Development Council, visit www.nwcommunityaction.org.