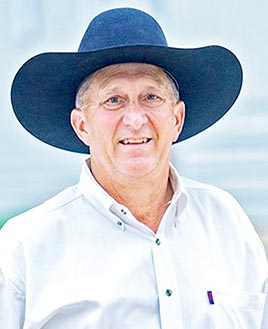 MARTIN (June 12) – The Ozark Region has finalized its point totals from the 2021-22 season and the University of Tennessee at Martin men’s squad will once again vie for a national championship at this week’s College National Finals Rodeo.

Once the votes and season-ending results were tallied, the Ozark Region tabbed John Luthi as its 2021-22 Coach of the Year. After overseeing the powerhouse UT Martin rodeo programs for the past 25 seasons, Luthi announced his intent to retire following season’s end. Luthi has guided the Skyhawk cowboys to eight top-10 CNFR team finishes since 2005, including the program’s first-ever national championship in 2014.

By virtue of its second-place finish in the Ozark Region, the Skyhawk cowboys received an automatic berth into the CNFR, which is being held this week (June 12-18) at the Ford Wyoming Center in Casper, Wyoming. Currently ranked 13th nationally, the UT Martin men’s team accrued 5,145 points over 10 rodeos this season and will make their 47th appearance in the last 48 years at the CNFR.

Also clinching an automatic bid into the CNFR was UT Martin’s Jack Smithson and Jesse Keysaer. Smithson placed second in the Ozark Region with 1,015 points in saddle bronc riding (ranking seventh nationally) while Keysaer’s 875 points in steer wrestling were good enough for second place in the regional rankings and sixth nationally. All participants who rank in the top-three of their respective events in regional competition automatically earn a berth into the CNFR.