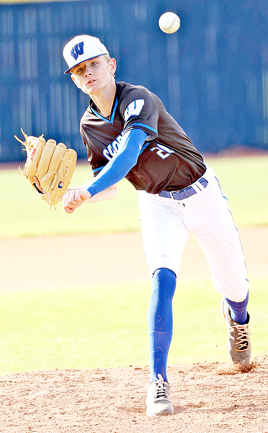 Although the McKenzie Rebels took the win Thursday afternoon against the Westview Charger baseball team at home, pitcher Brady Gardner struck out nine for his team that day. Photo by Clinton Smith Photography

The Rebels and Chargers were locked up in a scoreless draw when McKenzie pushed a run across in the sixth, then added two insurance runs in the top of the seventh.

Garner Anderson had a good day at the plate for Westview. He was 3-3 with a double. Luke Beam also had a double. Cade Spaulding singled.

Brady Gardner gave up a run on two hits while striking out nine for the Chargers.

Both teams left seven men on base.