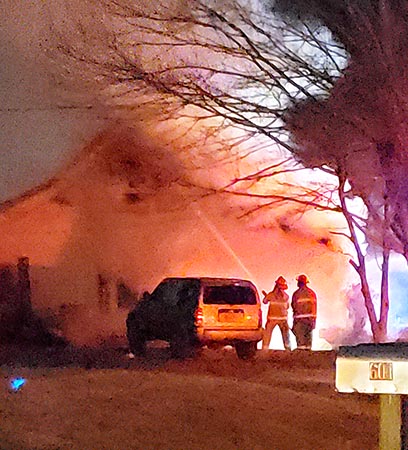 GREENFIELD (March 16) — A Greenfield family was awakened after a fire broke out inside their home late Wednesday night, but fortunately everyone managed to escape the flames unharmed.

According to Greenfield Fire Chief Bob Dudley, at approximately 11:16 p.m., March 16, the Greenfield Fire Department was dispatched to a residential fire reported at 605 Jefferson St.

The 1 ½ story, vinyl clad, wood-frame home is owned by Larry Pentecost and was being rented by Tamara Sanders, Chief Dudley stated.

The chief noted the family was asleep at the time the fire ignited, but everyone exited the residence unscathed.

Greenfield firefighters returned to the fire station at 2 a.m.

The cause of the fire was ruled accidental.