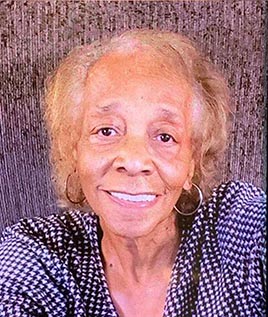 WEAKLEY COUNTY (January 24) — A Hickman, Kentucky, woman, who had been missing since December 12, 2021, was found deceased in rural Weakley County.

On January 24, the Weakley County Sheriff’s Office 911 Center received a call requesting that a deputy respond to an area in Austin Springs, located in the northern part of the county, near the Kentucky-Tennessee state line.

A vehicle had been located in a soybean field several hundred yards from a road, but was not visible from the road.

The 911 caller reported there was a body inside the vehicle.

At that time, Capt. Marty Plunk, Weakley County Sheriff’s Investigator, and Inv. Neil Cantrell identified the person in the vehicle as Virginia Emerson, 73, of Clinton, Kentucky.

Kentucky State Police investigating the disappearance also responded to the scene, after being notified that Emerson had been located.

Personnel with the Weakley County Ambulance Service and Weakley County Rescue Squad removed Emerson’s remains from the vehicle, and the body was sent to the Tennessee State Medical Examiner’s Office in Nashville for an autopsy. The autopsy confirmed the remains were those of Emerson; however a cause of death has not yet been released, since the final results are still pending at this time.

Investigators discovered that Emerson’s last contact with her family was at 11:43 a.m. on December 12. At that time, she left her son a voicemail saying, “I don’t know what’s going on with this car, but we don’t know where we are. OK. Call me back.” Emerson was reported missing later that day, after her family was unable to contact her. And a golden alert was issued for her, because she had dementia.

Investigators discovered that nobody saw her leaving with anyone, and family members stated it was a mystery what she meant when she said “we” in the voicemail.

Emerson’s family described her as being generous and caring to anyone she meets, and they hope her generosity was not taken advantage of.

This was reportedly the first time Emerson had left home and not returned.

Frantic relatives stated they contacted hospitals in Kentucky, Tennessee, Missouri, Mississippi and Arkansas, to determine if they had any information about Emerson.

Ground searches conducted near her home were unsuccessful. All investigators had to go on was that Emerson’s last known location, determined through a phone ping, was in Obion County, Tennessee, on US-51 near Bethlehem Road. The area was searched, but she was nowhere to be found.

The Weakley County Sheriff’s Department notified Kentucky State Police Post 1 on January 24 that they found remains inside of a 2014 Ford Fusion belonging to Emerson.

Capt. Plunk states, this is still an active investigation and anyone who may have had contact with Mrs. Emerson or saw her in her black, 2014 Ford Fusion, is asked to contact Capt. Plunk or Inv. Cantrell at the Weakley County Sheriff’s Office by dialing 731-364-5454.