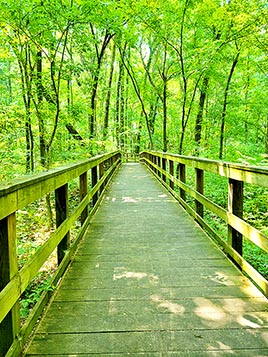 In Group 3, Tennessee State Parks with less than 350,000 annual visitors, Big Cypress Tree State Natural Area in Greenfield reported $120 in donations during Week 2 of the My TN State Park fundraiser. This campaign is ongoing throughout January 2022. In the region, Reelfoot Lake is listed as a Group 1 State Park with less than 750,000 annual visitors. The state park shows donations of $191 for Week 2, while Paris Landing, also a Group 1 State Park, reported $1,662 in Week 2.

NASHVILLE (January 5) – Tennessee State Parks are accepting donations throughout January for the annual My TN State Park fundraiser, where state park enthusiasts can “vote” for their favorite state park by making contributions.

Each dollar donated to a state park of choice will count as one vote for that park. The funds will go toward projects identified by park staff as an ideal use of the funds. Such projects include trail repair, birds of prey programs and childhood education activity. Specific items on the wish lists of some parks include bridge repair, adding benches, equipment for an aviary, panels for a museum exhibit, even a solar telescope.

“We know many Tennesseans feel a connection to their state parks, and this is a way for them to feel even more involved with their favorite park,” said Jim Bryson, deputy commissioner of the Tennessee Department of Environment and Conservation. “Our parks enjoy wonderful support, and we are always eager to improve the park experience for our visitors. This competition helps make that happen.”

Those interested in voting for their favorite parks may donate at the Tennessee State Parks website, www.tnstateparks.com. Signs about the fundraiser are up at every park.

The format has the 56 state parks categorized in three separate groups based on park visitation numbers. One group is for parks with up to 350,000 visitors annually, another for parks with 350,000-750,000 visitors, and a group for parks with over 750,000 visitors. The parks compete against the other parks in their category with the winning park in each group awarded a plaque featuring the names of its donors. Lists of the groups are online.

Tennessee is one of only seven states in the country to provide free access to its state parks. The fundraising competition provides a way for individuals or communities to get involved further. Last year, the first year of the contest, donors gave over $96,000 to the parks on nearly 3,000 contributions. Cumberland Mountain State Park in Crossville won the first competition with $14,287 in contributions from over 200 donors. Full results from last year are available online.

Each park will receive 100 percent of the funds donated for it. Funds from last year’s competition went toward items such as pollinator gardens, security cameras, an outdoor fitness station and equipment and clothing for a living history program.

The My TN State Park fundraiser sprang from the surge of visitors to Tennessee State Parks at the onset of the COVID-19 pandemic. It was a way to show support for the park that “kept them going” in 2020.