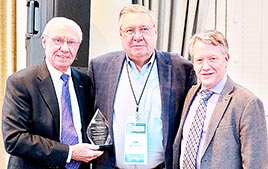 MEMPHIS (November 4) – Weakley County Commissioner James H. “Jim” Westbrook (Dresden-District 9) has been recognized as one of this year’s outstanding county officials by the Tennessee County Services Association (TCSA), a statewide entity that represents county commissioners, county mayors and executives, and county highway officials in all 95 counties.

Commissioner Westbrook joins the ranks of only 18 county officials to be awarded the prestigious Robert M. Wormsley Outstanding County Official of the Year honor. He and Sevier County Highway Superintendent Jonas Smelcer, a veteran official of nearly 40 years of service himself, were presented the awards during the 67th Annual TCSA Fall Conference & Trade Show November 4, in Shelby County (Memphis).

This one-of-a-kind award was created in 2004, as a tribute to retired TCSA Executive Director Robert (Bob) M. Wormsley. Dubbed the “Robert M. Wormsley Outstanding County Official of the Year Award,” it is the only award of its kind to ever be presented by the association. The prestigious honor recognizes someone whose dedication as a public servant exemplifies the

qualities of a leader such as Director Emeritus Wormsley, who retired from TCSA in 2003 after a lengthy career with the University of Tennessee County Technical Assistance Service and the State of Tennessee.

A lifelong resident of Dresden, Westbrook has been a member of the Weakley County Commission for more than 40 years. He is one of the longest serving officials in county government in Tennessee, having originally been elected as a member of the Weakley County Quarterly Court in 1974, then continuing in service over a 40-year span with only a single break of one term.

Commissioner Westbrook worked as an auditor and audit supervisor with the Division of County Audit of the State Comptroller’s office for 10 years, served for 13 years as Executive Director of the UT County Technical Assistance Service and another 14 years as Executive Director of the Tennessee County Highway Officials Association before his retirement in 2002. Westbrook was the second director of CTAS after joining the staff after it was created in 1973. He was the first director of TCHOA when the organization was created in January 1988.
Westbrook has been re-appointed for 2021-2022 to the Transportation Committee for the National Association of Counties. He serves on the county commission as chair of the Public Works and Public Safety Committee. He also serves on the body’s Finance, Ways, & Means Committee and Financial Management Committee.
Since his retirement in 2002, Westbrook has worked as a non-paid public servant for both the city of Dresden and Weakley County, actively recruiting business and industry and jobs for the county. He also serves on the Industrial Board for Dresden. He has served two terms as president of the Tennessee County Commissioners Association (1985-1986 and 2009-2010). He served as president for TCSA in 2015-2016.
He is a Board member and Treasurer of the Weakley County Municipal Electric System, and a member of the Dresden Quarterback Club. He is a 50-year Mason, a 50-year member of Al Chymia Shrine Temple as well as a 50-year member and Charter Member of the Dresden Elks Lodge. He was recognized in 2003 with the Golden Iris Award and devotes time to numerous community organizations and projects. In 2004 Commissioner Westbrook was named by the Weakley County Chamber of Commerce as Weakley Countian of the Year.
Commissioner Westbrook graduated from The University of Tennessee at Martin in 1963 with a Bachelor’s degree in Business Administration. He is a Certified Public Accountant, Certified Government Financial Manager and Certified Internal Auditor. Commissioner Westbrook resides in Dresden and attends the Southside Church of Christ. He is a widower of Donna Kay Blackard Westbrook. Westbrook has two daughters, Stacey Stoker and Angie Hewett, one son Jamie, and five grandchildren.

Because TCSA did not hold a conference this time last year, the organization made the two presentations this year. 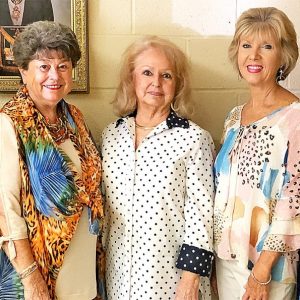 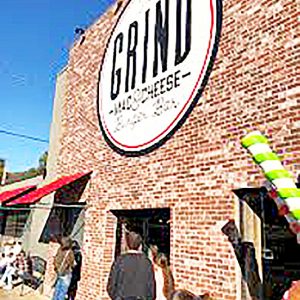 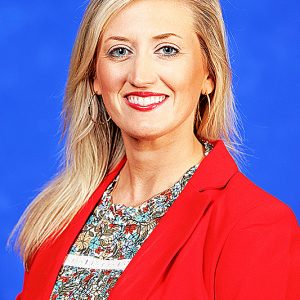 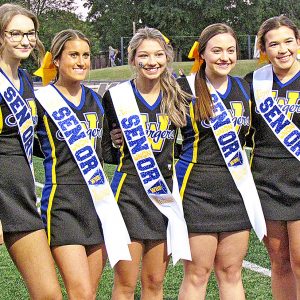 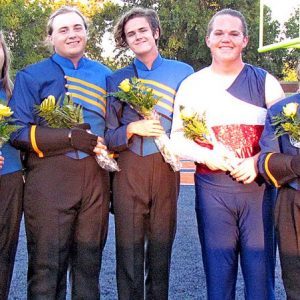