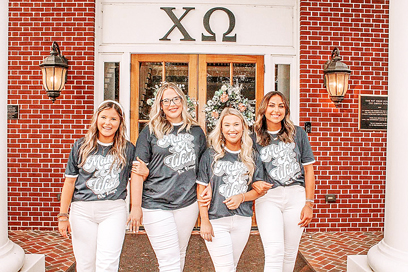 An exciting live concert featuring Reagan Strange will take place at Discovery Park of America on Saturday, November 13. The concert has been planned by the UT Martin campus chapter of the Chi Omega sorority and all proceeds will be donated to the Make-A-Wish Foundation. The money will be used in West Tennessee to fulfill wishes for local wish kids. When wishes come true, lives are changed forever!

Reagan Strange, a Northwest Tennessee semi-finalist on The Voice, Season 15 will be featured. Strange is from Collierville. She is signed with Republic Records and is currently the reigning Miss Tennessee Teen Volunteer. In addition to Strange, a virtual appearance is planned with Crystal Hayslett, a Martin native, who is an actress best known for “Sistas.”

Also making an appearance is Matt Beaty, a Dresden, native who currently plays leftfielder and first baseman for the Los Angeles Dodgers. Other guest appearances are to be announced. This event promises to be an entertaining and fun evening when Paige Dennis, owner of Joann’s, the largest formal wear store in West Tennessee, located in Union City, emcees the festivities at Discovery Park of America.

Every 20 minutes a child is diagnosed with a critical illness. Make-A-Wish Foundation grants 15 wishes a day from a list of children that have been referred on their website. Make-A-Wish is truly a worthy organization. Chi Omega has chosen it as their philanthropy and the 120 members of the UTM chapter work exceptionally hard to provide support and funds for Make-A-Wish.