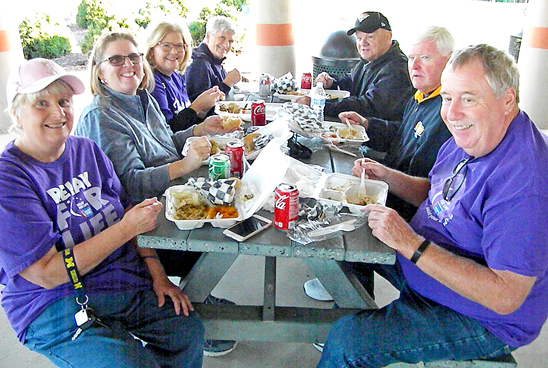 Survivors and caretakers were welcomed to a Survivors’ Dinner before the evening’s festivities Saturday at the Martin Rec Complex for the annual Relay For Life. 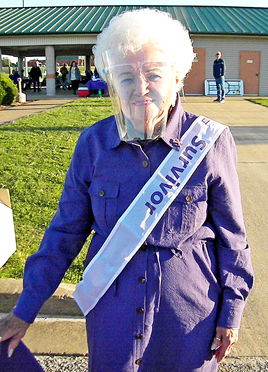 MARTIN (October 16) – The Weakley County Relay For Life held its 2021 Relay themed, “Light the Night,” at the Martin Recreational Complex Saturday, October 16. This year’s Relay For Life was similar to last year’s event, with no vender booths and a drive-through survivor parade, instead of the typical survivor and caretaker lap walking.

The evening began with a Survivor Dinner with food donated by The Hearth and Fresh Start.

After the dinner, Rachel Lovell, the Weakley County Relay For Life Chair welcomed guest and Rev. Amanda Crice with Martin First United Methodist Church, who gave the invocation. The colors of the flags were presented by Boy Scout Troop 11 and the Pledge of Allegiance was led by the West Tennessee Eagle Riders with Annabelle Lovell of Greenfield School singing the National Anthem.

There was a moment of silence for Leigh Hart, last year’s Honorary Survivor, who lost her battle to cancer earlier this year.

The 2021 Honorary Survivor was Mary Elizabeth Bell, a three-year survivor who has worked with Relay For Life for many years. Bell said, “I’m blessed and every survivor that’s here is blessed.”

The Relay For Life is part of the American Cancer Society as a fundraising event to show survivors’ journeys through cancer, bring together the community in supporting those in their area who are or have had cancer and to raise money for a cure for cancer. The American Cancer Society is currently funding 15 research grants in Tennessee, totaling $12.5 million dollars. Two and a half million dollars of that total benefitted St. Jude Children’s Research Hospital.

One of the many programs the American Cancer Society funds is the Hope Lodge. There are two Hope Lodges in Tennessee, Nashville and Memphis, which are used by cancer patients and caregivers to have a free stay during their treatment.

There was entertainment by Lisa Hilliard’s voice students, Jay Wainscott, and Collin Stricklin. Survivors also released balloons to show their freedom from cancer. They were followed by a Luminaria Ceremony where survivors, caretakers, and guests could walk up and drive around the luminaries.

The mission of the American Cancer Society is to save lives, celebrate lives, and lead the fight for a world without cancer. There are also grants funded at UT Knox, Vanderbilt, Vanderbilt Medical Center and a new grant this year at Meharry Medical College, focusing on health equity and cancer in diverse communities. 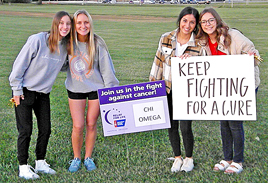 Luminaries were lit in honor of those in the area whose battle with cancer ended differently. A private area at the Martin Recreational Complex was selected to give friends and family moments of silence to remember their loved ones.