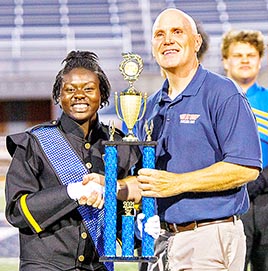 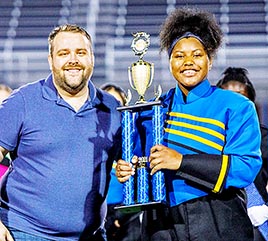 MARTIN (September 25) – The Hardy Graham Stadium on the University of Tennessee at Martin campus was the host site for West Tennessee high school marching bands for two competitions Saturday.

Westview’s show was titled, “Guardian of Gotham,” and featured a Batman theme. The marching band earned a score of “1,” which is the best out of “5,” from the morning competition.

Later that afternoon, Westview took to the field once again performing the same show for the UT Martin Aviators Marching Invitational. The second event scored bands based on class and in the following categories: Drum Major, Color Guard, Percussion and Bands Overall. Westview competed against Huntingdon High School and Dyer County High School in the Class 2A division.

After the event, Westview Band directors told members they grow each day and this is all about their growth. Band members were praised for setting the bar high as the first competitor of the day’s events and cheering on other bands during their performances. This was the band’s first competition of the season and since prior to the COVID pandemic started. 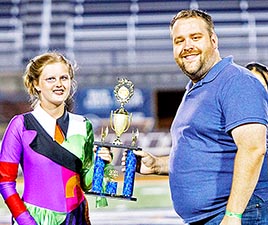