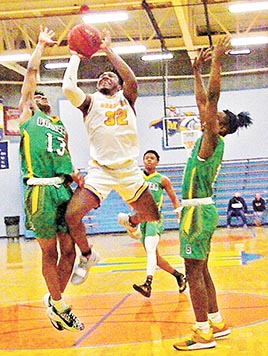 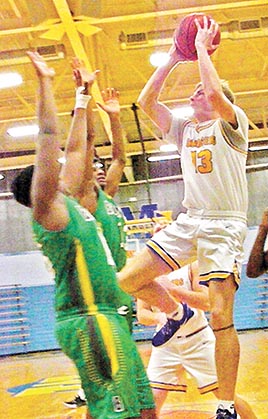 In the first round of the tournament, Westview faced off against Bradford, winning 67-45. The Chargers lost against Trenton Peabody by a score of 70-61.

Moving to a consolation game, the Chargers played against Bolivar for a chance for the third-place title.

In the second quarter, Bolivar’s offense finally showed what it could do, scoring 28 points in that quarter. Westview was able to make 18 points with five points picked up from the free-throw line and six from three-point shots. Westview was down by nine points at halftime and a chance to take the lead in the second half of the game.

Quincy Allen of Westview was able to shoot a pair of three-point shots in the fourth quarter, which helped his team’s score, but it wasn’t enough to take the lead.

The Chargers fell to Bolivar 83-57. Quincy Allen took the lead for Westview with the most points on the team at 15 while Garner Anderson scored 11.

Bolivar’s Toris Woedes and Jaquan Lax were named to the All Tournament team.

The outcome for the rest of the boys’ tournament went as follows: Briarcrest took the championships this year with Peabody in second. Bolivar placed third with Westview in fourth. Bradford finished fifth. West Carroll came in sixth. Obion County finished seventh and Union City came in eighth place.