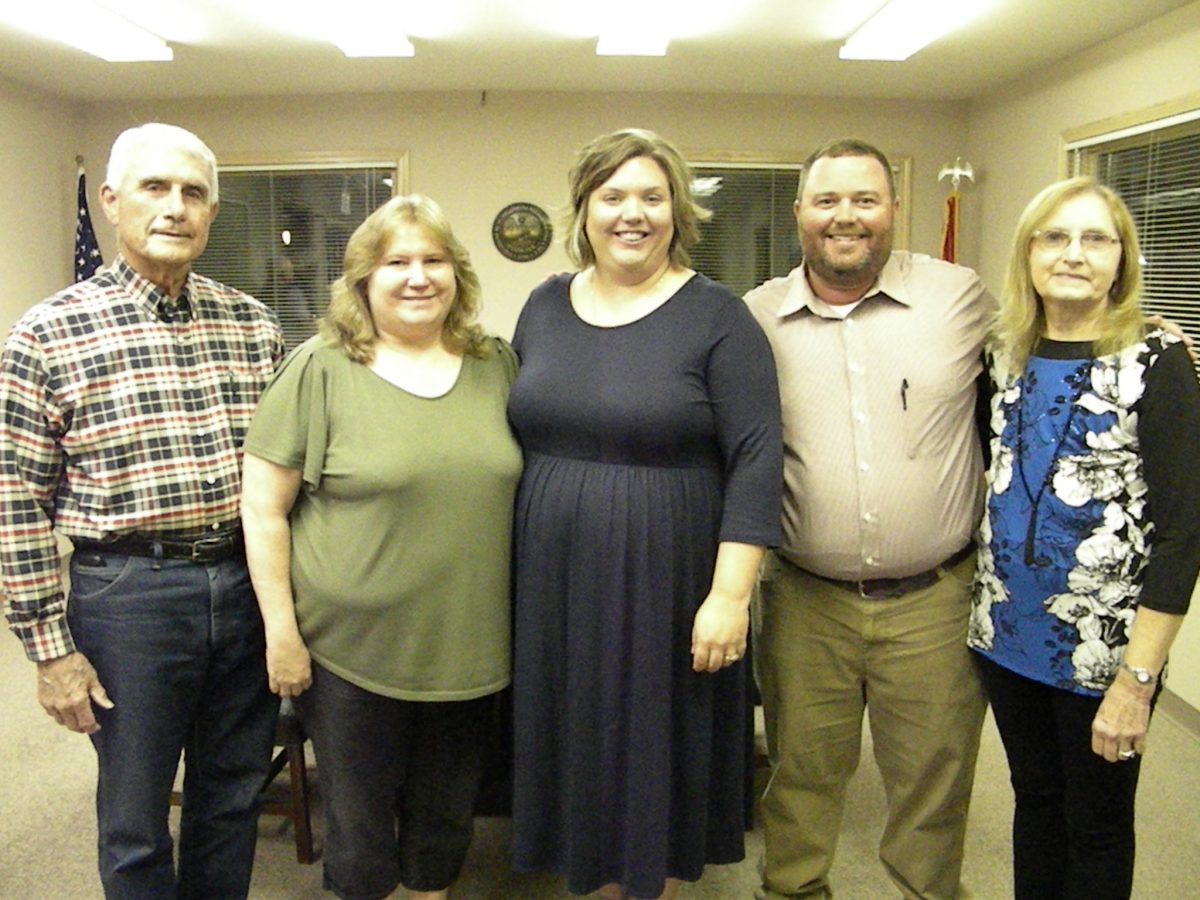 He said, “It’s been truly an honor to serve the citizens of Sharon. It’s been a pleasure to work with all the city workers; they have been easy to work with and I really appreciate that. It makes the job a lot easier and I hope it works out well for our new mayor.” He later went on to say, “We have done a lot of good things for the city – a new water tank, a new water line is coming in for that water tank, there are generators for the fire department. And this has been a pleasure.”

Several in the community came out to see the swearing-in of Ali Stalter as Sharon’s new mayor and the reinstatement of alderman Stewart Broussard and alderwoman Wanda Hamlin. City judge for Sharon Lang Unger conducted swearing in.

After all members of the board were sworn in, the board recognized Ary with a gift of wind chimes to thank him for his many years of service.

Stalter’s first action as mayor formally appointed Carla Edwards to fill the vacant seat on the board. Edwards has lived in Sharon since 2007 and Mayor Stalter stated that she will make a great addition to the board. Edwards was sworn in before the continuation of the meeting.

Edwards stated that being an aldermen for Sharon is something she is very happy about and wants to help as much as possible.

The board then continued with its normal agenda by passing the board meeting minutes for October in which Aldermen James Roberts asked for further clarification on two items before passage.

A street pavement restoration plan was amended at Monday’s meeting. The board had $40,000 set aside to use for road improvements. So far this fiscal year, the city has used about $30,000. Alderman James Roberts asked the board for the city add an additional $5,000 to the remaining $10,000 to increase the amount of work that could be done. This would to ensure that all work that must be done to roads in Sharon could be done this fiscal year.

After the motion by Alderman Roberts was made, the board unanimously passed for the additional $5,000 to be added to the street pavement restoration plan.

Also passed was a city hall insurance coverage and allowing Stalter to be able to sign off on checks issued by the city.

In other news, the Sharon Police Department reported newly-hired officer Dillon Edwards will attend the academy for training in January.

Public Works Director Greg Evans reported the department has filled the position of a seasonal worker to help in the coming months with the increase in leaf pickups. Evans also requested for the board to agree to have a sewer line located on Highway 45 to be filmed to show what needs to be fixed with the line to show why the line has not been draining correctly. This will help the board to understand how much it will cost to have the line repaired or replaced, if needed.

With no further business to discuss the board adjourned. The next meeting for Sharon will be December 14 at city hall at 6:30 p.m. 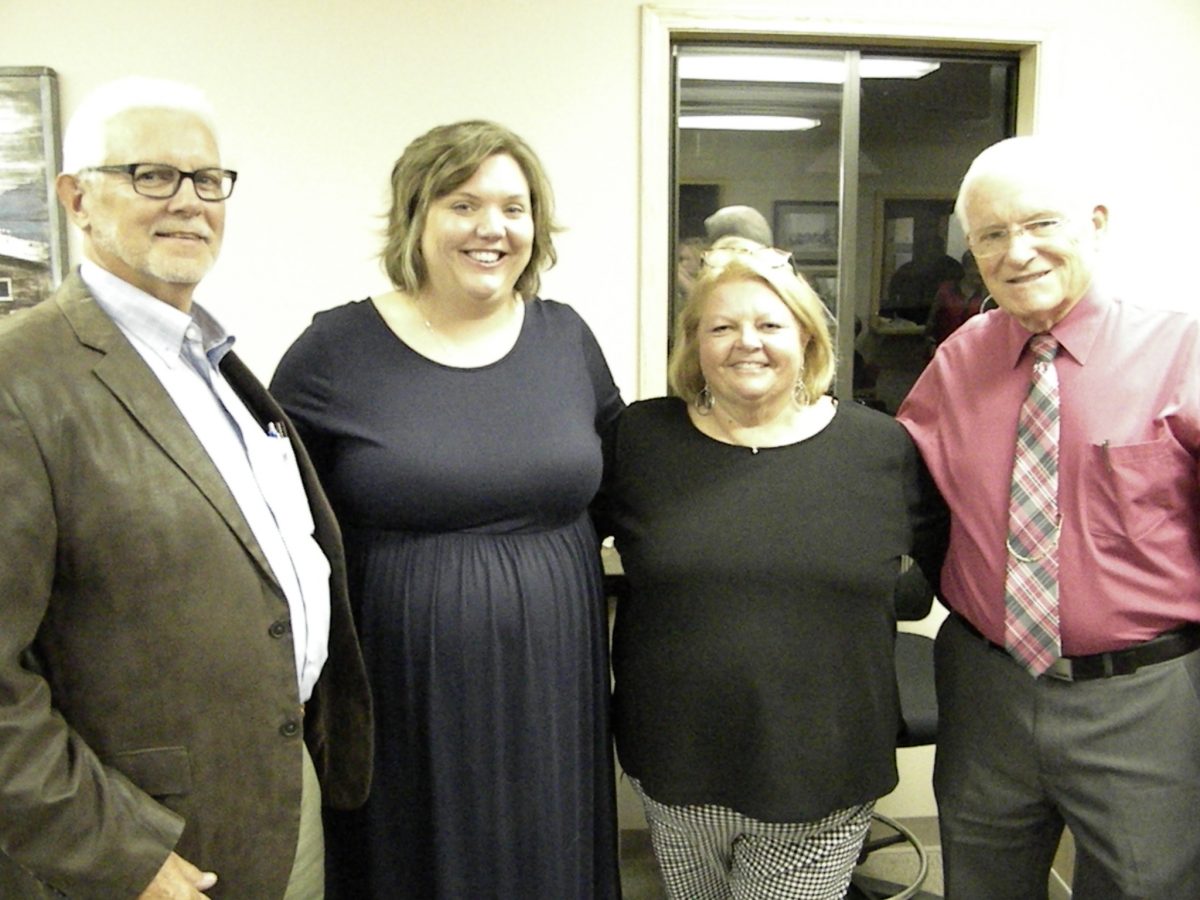