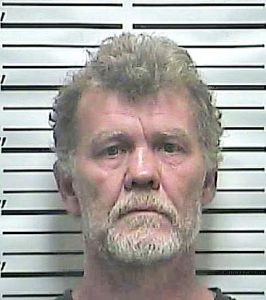 DRESDEN (August 15) — A Dresden man is facing multiple charges after allegedly punching a woman in the face and threatening to kill her and her daughter.

According to a court affidavit, 51-year-old Timothy Scott Neisler of Grove Hill Road, Dresden, is charged with two counts of aggravated assault and one count of domestic assault.

The report states, just after midnight Saturday, August 15, the victim met with Weakley County Sheriff’s Deputy Nolan Roberts and told the officer she and Neisler got into an argument and he punched her in the face, then pointed a gun at her and her juvenile daughter and threatened to kill them both.

The juvenile daughter, who witnessed the assault, told the officer Neisler pointed the gun toward her during the argument.

Neisler was arrested without incident and transported to the Weakley County Jail.

The defendant is currently free on a $5,000 bond. Neisler is ordered to appear in Weakley County General Sessions Court September 30, 2020, for his preliminary hearing.