WEAKLEY COUNTY (August 14) — A Martin man, who allegedly broke into a rural residence near Dresden on Friday, was arrested following a foot chase.

According to Weakley County Sheriff’s Investigator Capt. Randall McGowan, the Weakley County 911 Center received a call at 12:31 p.m. August 14, reporting someone broke into a house on Chicken Road east of Dresden, and a teenage girl was inside the residence.

Investigators from the Weakley County Sheriff’s Department arrived seven minutes later and learned Stewart ran from the house in an unknown direction.

While in the house, Stewart ate food and changed clothes. He then kicked down the door to the girl’s bedroom and forced the teenager to make a phone call for him. Investigators determined the number the teen was forced to call is used by Stewart’s fiancé. Stewart then ran into the woods.

During the incident, the mother was momentarily on the phone with her daughter, who was home alone. When the father arrived, he found his daughter locked in his room.

The teenage girl identified Stewart as the person who broke into her home from a Facebook photo shown to her by sheriff’s investigators.

Clothes taken by Stewart were found in a wooded area near the home.

Agents from the U.S. Marshal’s Gulf Coast Regional Fugitive Task Force came to the scene with a tracking dog at approximately 4:30 p.m. Stewart was located in a wooded area about a half a mile from the house he had entered. Weakley County Sheriff’s investigators took Stewart into custody at approximately 5:07 p.m. and transported the suspect to the Weakley County Detention Center. Additionally, the Dresden Police Department and Weakley County EMS provided assistance.

Stewart was identified as the person who reportedly ran from officers Thursday night during a traffic stop on Shobe Road just off Highway 22, near the National Guard Armory in Dresden. At that time, Deputy Gary Eddings pulled over a white, four-door Dodge driven by Stewart. When the vehicle came to a stop, Stewart got out and walked toward the officer. Eddings told Stewart to stop, put the phone down and lean against the vehicle. When Stewart continued walking toward Eddings, the officer pulled his weapon and told him to stop. The driver then walked back toward the vehicle and Eddings pulled his taser. Stewart acted like he was going to place his hands against the vehicle, but fled on foot instead. The area was searched but the defendant was not found.

This is not the first time Stewart has been arrested. The defendant was previously charged with violation of sexual offender registration requirements, multiple community supervision violations, and numerous failure to appear (misdemeanor) offenses.

Additionally, Stewart County had an active warrant out for the defendant.

Stewart is held without bond while awaiting his appearance in Weakley County General Sessions Court set for today (Wednesday, August 19). 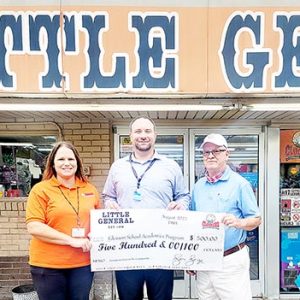 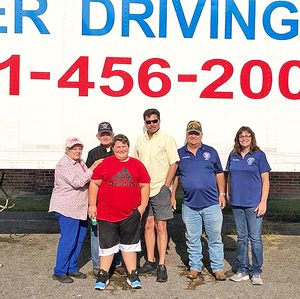 Sign Up for a Library Card; Bingo for Cash Prize

Check Us Out at the Dr. Nathan Porter Library