SOUTH FULTON — Mr. Wayne O’Rear, 70, of South Fulton, Tenn. died Monday, May 18, 2020 at the Baptist Health of Paducah.
He was born on July 22, 1949 in Hickman, KY to the late Clarence and Jean Polsgrove O’Rear.
Wayne was a member of the Liberty Baptist Church and was a retired truck driver. He lived most of his life in this area.
He is survived by his wife, Kay Allen O’Rear, whom he married July 27, 1970, two children; Martha Stutts of Martin, TN and Matthew O’Rear of South Fulton, three grandchildren; Zach Cravens of Dresden, Tenn., Rachel Cravens of Martin, Tenn. and Sarah Stutts of Martin, three great-grandchildren; Michael Cravens of Dresden,, Cypress Gierling and Archer Gierling both of Martin, two sisters; Brenda Dublin of Martin and Beverly Foster of Dresden.
In addition to his parents, he is preceded in death by a son, Michael O’Rear.
Funeral services are at 11 a.m. Thursday in Hornbeak Funeral Chapel with burial to follow in the New Hope Cemetery. Visitation is at the funeral home from 5-8 p.m. Wednesday and after 8 a.m. Thursday until the hour of service.
Memorials may be made to the American Heart Association, PO BOX 15120, Chicago, IL 60693. + 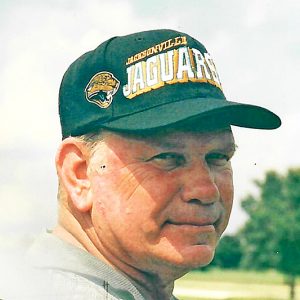