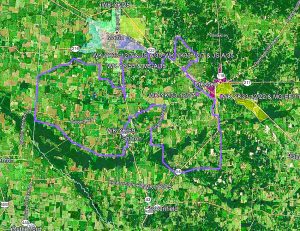 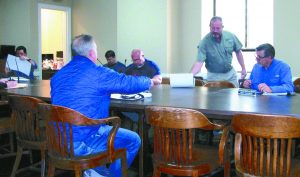 WK&T representative, Stacey Riley, hands out maps of Weakley County indicating where the internet fiber cable will be located upon completion of the two-year project.