Three Weakley County students were named to the 2019-20 TSWA Girls All-State Basketball team. Westview freshman Jada Harrison was included for Class AA. Greenfield had two students be named to the all-state team for Class A, seniors Tess Darby and Chloe Moore-McNeil.
Greenfield’s girls basketball team finished the season with no losses, winning the Dot Foods Christmas Classic, being the District 13A champions, Region 7A champions and going all the way to the Class A State Semifinals before games were canceled due to COVID-19. The Lady Jackets’ overall record was 34-0.
Westview had a similar season, finishing overall with a 31-3 record and 10-0 in the district. Westview won the Martin Lions Club Christmas Tournament championship and were champions in District 13AA and Region 7AA. The Lady Chargers also made it to the Class AA State Semifinals before play was suspended. 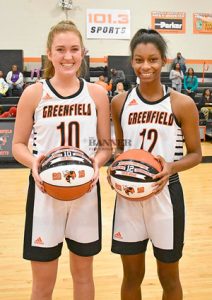 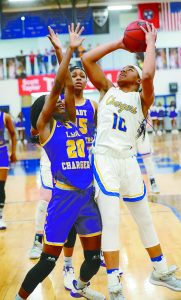