MARTIN — University of Tennessee at Martin head football coach Jason Simpson has announced five new members to the Skyhawk coaching staff with the addition of Kyle Edwards (quarterbacks), TJ Jefferson (defensive graduate assistant), Jay MacIntyre (wide receivers), Ryan Osborn (defensive line) and Miles Taylor (cornerbacks).
“We are excited to add some young, new faces to our staff,” Simpson said. “While this might be the youngest staff we have had here at UT Martin, they are very intelligent and hard-working. Ever since they have stepped on campus, they have gotten right to work and have built trust with our players.”
Edwards enters his first season as an assistant coach at UT Martin, serving as the team’s quarterbacks coach. Before UT Martin, Edwards spent one season as an offensive student assistant at his alma mater Alabama in 2019. His duties included assisting in the development of student-athletes through on-field coaching and off-field monitoring, specifically working with the quarterbacks and tight ends. He assisted the offensive staff with the management of personnel at practices and player alignment.
Edwards served as a quarterback on the scout team at Alabama from 2016-18 under head coach Nick Saban. Despite never seeing game action, he was a part of three straight College Football Playoff National Championship appearances – including a national championship in 2017. Academically, he was named to the All-SEC Academic team in 2018.
Jefferson transitions from a standout senior captain to a defensive graduate assistant at his alma mater. Jefferson garnered All-OVC first-team honors last season along with claiming a pair of Tennessee Sports Writers Association Defensive Player of the Week accolades. The former walk-on played and started in all 12 games for the Skyhawks at linebacker last season while compiling a team-high 94 total tackles in addition to 9.5 tackles for loss and 4.5 sacks.
For his career, he played in 46 games while tabulating 149 total tackles and 12.0 tackles for loss along with two fumble recoveries, a forced fumble, a blocked kick and an interception.
MacIntyre joins his family’s legacy on the UT Martin coaching staff as the program’s wide receivers coach. The MacIntyre family name runs deep through the fabric of the UT Martin football program. His father, Mike MacIntyre served as UT Martin’s defensive coordinator from 1993-96 before assuming head coaching positions at San Jose State and Colorado while currently serving as defensive coordinator at Memphis. Additionally, his grandfather, George MacIntyre was the seventh head coach in UT Martin’s history (1975-77) before moving on to lead Vanderbilt for seven seasons.
Before UT Martin, MacIntyre spent the 2019 campaign in a similar role at Southeastern University. While with the Fire, the passing game was dynamic in an offense that averaged 43.5 points per game. The passing game averaged 304.5 yards per game while receivers averaged 15.5 yards per reception and tallied 28 touchdowns. In total, eight different receivers eclipsed 100 yards on the season.
Prior to joining the coaching profession, MacIntyre wrapped up an illustrious four-year career at the University of Colorado in Boulder. He finished 26th all-time in career receptions with 86 and 30th with 1,035 receiving yards. Voted as team captain for his senior year, he also won the Ceal Barry Leadership Award and the Iron Buffalo Award.
Osborn joins the Skyhawk staff as the defensive line coach after stints at Southeastern Conference programs Florida and Mississippi State. Prior to UT Martin, Osborn spent two seasons at Florida as a defensive graduate assistant from 2018-19. During his tenure with the nationally-ranked Gators, he worked under head coach Dan Mullen and alongside defensive coordinator Todd Grantham to produce one of the top defensive units in the country which ranked first in the SEC in interceptions (15), tackles for loss (97), sacks (46) and red zone defense (64.5 percent) while ranking second in total defense (299 ypg) and scoring defense (14.4 ppg). His duties included running the opponent offensive scout team along with being responsible for the opponent run game and pass protection on weekly scouting reports.
Before joining the Gators, Osborn spent two seasons as a defensive graduate assistant from 2016-17 at Mississippi State under Mullen. In 2016 he assisted in coaching linebackers and graded the group after every game. He assisted with the outside linebackers in 2017 while assuming responsibility for run game and pass protections.
His previous coaching stops include positions at St. Norbert College (2014-15), Amherst College (2013) and Maine Maritime Academy (2011-12).
Prior to UT Martin, Taylor spent one season as a defensive graduate assistant at Iowa, his alma mater, in 2019 after completing an internship in the 2018 campaign. During his time on the coaching staff he worked under head coach Kirk Ferentz and defensive coordinator Phil Parker where the defense ranked fifth nationally in scoring defense a year ago while leading the Big Ten in interceptions in 2018. Duties included on-field position work with the defensive backs and breaking down film.
Taylor played in the Hawkeye secondary for four seasons while seeing action in 50 games. In his career he tallied 169 total tackles and 3.5 tackles for loss while tallying six pass breakups, one interception and a fumble recovery. He was a three-time recipient of the Team Hustle Award while earning the Big Ten Conference Sportsmanship Award in 2017. 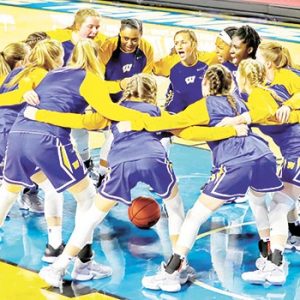 ‘What a Difference a Year Makes’ 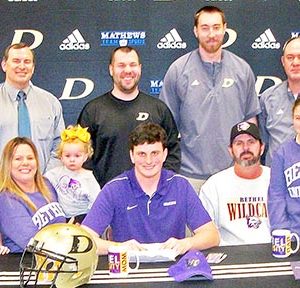