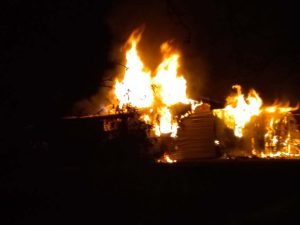 ) — A fire that ignited inside a rural residence near Dresden completely consumed the dwelling, resulting in the building and its contents being a total loss.
According to Deputy Fire Chief Kory Green of the Dresden Fire Department, a fire call was issued for a residential structure located at 470 Bible Union Road, Dresden, at approximately 7:20 p.m., Monday, December 2.
When firefighters arrived on the scene, they found a single-family dwelling, owned by Regina Williams, fully involved.
A dozen Dresden firefighters responded to the scene with several pieces of firefighting equipment. They received mutual aid from neighboring fire departments, including those from Latham, Martin and Palmersville, which provided manpower and water. Additionally, Weakley County EMS, the City of Dresden Water Department and Weakley County Municipal Electric were dispatched to the burning structure to offer their assistance.
Firefighters used 48,000 gallons of water to extinguish the flames contained inside the 1584 sq. ft. structure.
Deputy Chief Green said the fire originated in the kitchen and is believed to have ignited while cooking food.
Once the fire was under control, Dresden firefighters remained on the scene for salvage and overhaul operations.
The damage to the home and its contents totals an estimated $68,500. 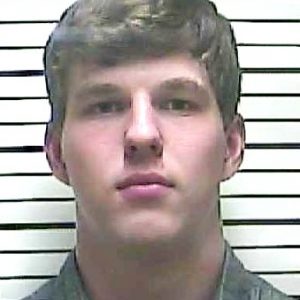