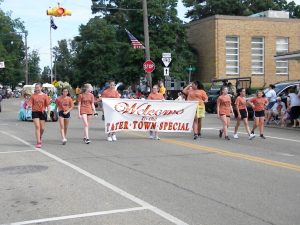 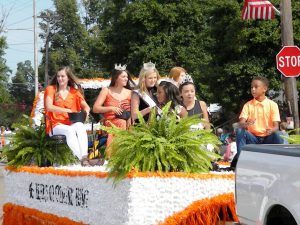 The Gleason Tater Town Festival ran from August 25 through the 31st and concluded with many events being held on August 31st.

The week of festivities had something for everyone with bingo, a block party, cooking, and more.

The last day of the festival started early with a 5K memorial race for Dr. J C Carey.

After the race concluded the Jr. Tater Town Parade started with bikes, 4-wheelers, and other vehicles decorated and drove by children.

After the children rode through the parade route the regular parade started with emergency response vehicles, floats, and people from local businesses walking with a performance from the McKenzie High School marching band.

The parade concluded but the festival was far from over.

(See complete story and additional events in the Sep. 4, 2019 issue of the Dresden Enterprise.)