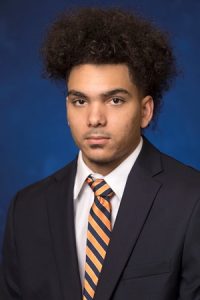 A student-athlete at the University of Tennessee at Martin has accomplished a feat seldom realized by college students during their academic careers – earning a four-year degree in half the time.

Parker earned his degree in humanities and fine arts, and he did it without taking AP classes in High School.