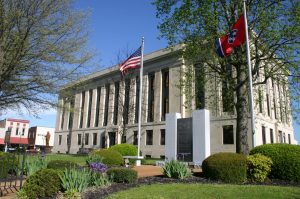 The commission expressed differences of opinion regarding a resolution authorizing the issuance of interest bearing general obligation capital outlay notes, in an amount not to exceed $5 million, to finance capital project improvements. This includes allocating up to $1.5 million from the loan, plus additional funding from the county’s budget, for the purpose of replacing the antiquated HVAC system at the Weakley County Courthouse.

An additional $3.5 million of the borrowed money funds improvements at the Weakley County Highway Department, which was built in 1974. This includes constructing a new county services maintenance building, office space and a fueling station. The need for these improvements is necessitated partly due to major structural problems, sewer issues, and also to bring the facilities into compliance with federal ADA regulations.

(See complete story in the Aug. 7th issue of the Dresden Enterprise.)