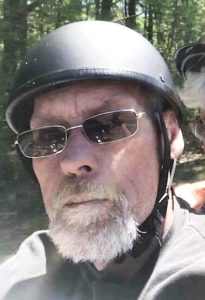 Sheriff’s Investigator Captain Randall McGowan states that, 50-year-old David C. Shipton, Jr. of 5192 Hwy 190, Paris, Tennessee, which is near the area of Jolley Springs Baptist Church in Weakley County, was found deceased because of a motorcycle accident near the 11 mile marker on State Highway 89 between Dresden and Sharon.

The wreck was discovered at 12:55 p.m., when a Tennessee Highway Patrol helicopter crew member spotted what appeared to be a motorcycle in a deep ditch.
The accident is thought to have happened sometime early on the morning of Saturday, June 15, but it is unknown when the crash occurred.

(See complete story in the June 26th issue of the Dresden Enterprise.)