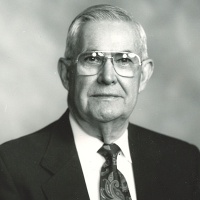 Former Weakley County Commissioner, Thomas Mac Buckley, died at the age of 94 on Saturday, June 22, at the Weakley County Nursing Home in Dresden.
Mr. Buckley had a long career of public service to the citizens of Weakley County.

He became principal of Martin High School in 1965, which was later renamed Westview High School.

Mr. Buckley was elected Superintendent of Weakley County Schools in 1970 and served in that capacity until 1978.
He entered politics in 1994, when he was appointed to fulfill an unexpired term on the Weakley County Commission, beginning in April 1994 and was elected to the position in August of that same year. He served as a commissioner until August 2010.

General Sessions Judge Tommy Moore said, “I dealt with Mr. Mac Buckley on several occasions while he was a County Commissioner. He was always well informed, concerned about his constituents and the County as a whole. He was a man of integrity, and a committed public servant, always present for meetings. He was a man of great influence, well spoken, articulate, and knowledgeable, with discernment and vision.

(See Complete story and obituary in this issue of the Dresden Enterprise.)