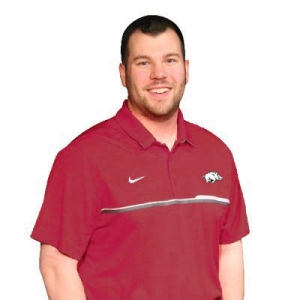 Dresden High School will have a new Head Football Coach in the upcoming season after Levi Estes left for a job in Georgia. Selmer native Wes Johnson will head the team in the upcoming season. Johnson and his wife, Hannah, are both from the Selmer, TN area. Johnson played football and graduated from McNairy Central and he went on to study at UT-Martin, earning a bachelors in Education.

While at UT-Martin, Johnson worked as a student assistant under Jason Simpson and Jordan Hankins. He then worked two years in high schools and three years at Southern Methodist University in Dallas, TX. While working there, Johnson received a masters degree. He then went to the University of Arkansas as a defensive assistant under coach John Chavis.

Johnson and his wife are also expecting their first child, daughter Lucy Kate, in July. Coach Johnson said “I am extremely excited about the opportunity here at Dresden. There are a lot of talented young men on this team and there is a lot of passion in the community. Dresden High School has a rich football legacy and I look forward to being a part of its continued success.”

(See complete story in the June 19th issue of the Dresden Enterprise.)