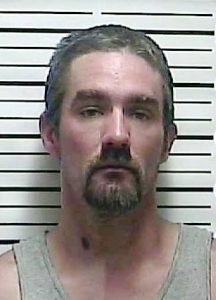 A local man was arrested on assorted drug charges over the weekend after being pulled over for a routine traffic violation.

According to Capt. Investigator Randall McGowan of the Weakley County Sheriff’s Department, at approximately at 1:42 a.m. on Sunday, June 2, Deputy Chris Crocker observed a vehicle on Bell Store Road driving with a headlight out and made a traffic stop.

The driver, identified as 36-year-old Andrew Edgar Arnold of Sharon Tennessee, informed the deputy that his driver’s license might be suspended and that there might be a warrant for him in Carroll County.

After the deputy confirmed that there was a warrant out for Arnold, the defendant was taken into custody.