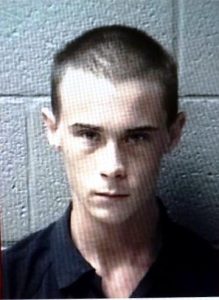 An out-of-state fugitive, who was believed to be armed and dangerous, has been arrested after attempting to elude capture by local law enforcement officers.

The fugitive, identified as 20-year-old Nathaniel Isiah Roberts, was captured by deputies just off Sharon Hwy 89.

He  is wanted by the Orangeburg, South Carolina Sheriff’s Department on charges of attempted murder, discharging a firearm into a dwelling, possession of a weapon during a violent crime, and criminal conspiracy.

Weakley County deputies have charged Roberts with being a fugitive from justice and he will be extradited by South Carolina.

(See complete story in the February 6th issue of the Dresden Enterprise.)